Manufacturers are boosting investment in fourth industrial revolution (4IR) technologies with new evidence that many companies have moved beyond the initial ‘conception’ phase and into the ‘evolution’ phase where they are seeing real benefits from their investments. This is according to a new 4IR fact card published today based on a survey of manufacturers by EEF, the manufacturers’ organisation.

According to EEF, new digital technologies are rapidly transforming European manufacturing, with investment in 4IR technologies being vital to achieving a step change in UK manufacturing productivity given performance has flat-lined in the decade since the financial crisis. 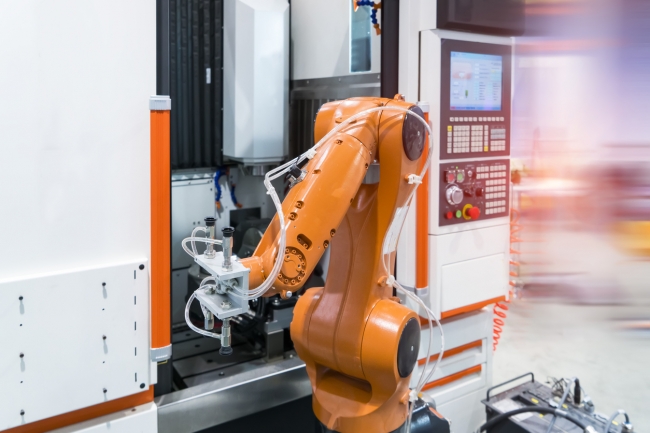 Manufacturers are becoming more fluent in their understanding of the 4th industrial revolution with 43% making investments already / Picture: Getty/iStock

However the fact card, How 4IR is transforming manufacturing productivity, shows the majority (57%) of manufacturers are yet to make investments and only one in four companies see the UK as being in a 4IR leadership position. According to EEF, barriers are standing in the way of additional investment and industry and government need to do more work together to overcome these as part of the industrial strategy.

Chris Richards, Head of Business Environment Policy at EEF, said: “New digital technologies are rapidly transforming manufacturing and are key to boosting improvements in productivity. While there has been some progress and more companies are both aware of, and investing in, 4IR it is clear that we are still some way off a majority engaged in adoption.

“The reasons for this patchy uptake depend on where firms are on their 4IR journey, but include a spectrum of challenges. These range from skills and technology compatibility to company culture and finance. Government and industry need to work together to ensure the UK benefits from the productivity benefits 4IR technologies can offer.”

According to the survey, almost two thirds of companies (64%) say they are familiar with the concept of 4IR which compares to 42% in 2016. This progress is also highlighted by the fact 43% of companies have moved beyond the initial ‘conception’ phase examining how 4IR may help and what others are doing, to the ‘evolution’ phase where current business practice is optimised with new technologies.

The survey also shows the move to a more advanced form of 4IR investment for companies is seeing significant benefits being expected or realised in terms of improved labour efficiency (35%), improved machine utilisation rates (34%) and increased production flexibility (32%). 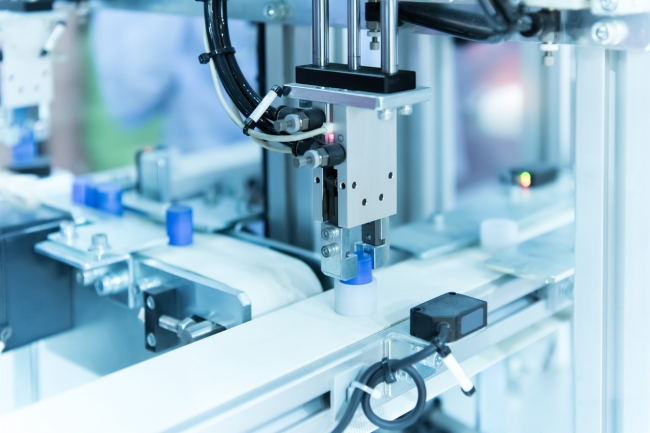 68% of those surveyed said their strategic ambition was to boost productivity / Picture: Getty/iStock

However, the survey also shows that significant barriers still remain in the way of a digital future. In particular lack of skills within business for implementation tops the list for 88% of companies, although breaking down by phase, for those doing nothing on 4IR the biggest barrier is not understanding how technologies can help the business.

Of those investing the most in 4IR, skills becomes less of an issue as the biggest barrier is data compatibility between systems (42%).

According to EEF, policy makers can’t be timid, as a separate survey of the public shows only 26%* say we shouldn’t adopt new technology if it means jobs will be lost. While there has been some positive progress in recent months in areas such as delivering the full fibre digital infrastructure that 4IR will depend on, progress is still desperately needed. In particular, Government should:
• Announce plans for the Made Smarter Commission, delayed since February.
• Back the industrial strategy challenge fund wave 3 bid for industrial digitisation. This will help address the lack of understanding about the benefits of new digital technologies. 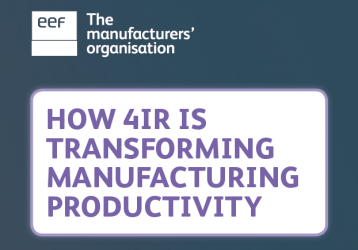