The spectre of Brexit is looming large as a source of business risk for manufacturers in 2019 which, together with a cocktail of protectionism and looming global slowdown is producing a more pessimistic outlook for growth prospects in the coming year according to a major survey released today by EEF, the manufacturers’ organisation and the global insurer AIG.

The EEF/AIG Annual Senior Executive Survey shows that whilst companies still expect to see growth in domestic and export orders, as well as employment, in the coming year, they are much less confident than a year ago, especially about prospects for the UK economy.

Aside from Brexit and trade related matters, the survey also shows that cyber security continues to rise up the business agenda with the number of companies citing disruption from cyber attacks as the most significant risk to their business doubling in the last year.

The survey showed Brexit is the biggest source of uncertainty for three quarters of companies / Picture: Getty/iStock

EEF Chief Executive, Stephen Phipson, said: “While companies are naturally optimistic by their very nature, the spectre of Brexit is now very front of mind for manufacturers. This is bringing with it a whole host of risks from increased exchange rate volatility to rising input costs which right now are very difficult to plan for.

“Business is crying out for some certainty and clarity on moving to a transition period and will have watched the pre-Christmas pantomime in Parliament with dismay. This situation cannot continue.

“The Prime Minister’s deal is the right one and it is to be hoped that MPs will return to Parliament this week with the very clear message from businesses that they must back it so we can move forward with negotiations on our future relationship with the EU. No deal is simply not an option for UK manufacturers.”

Simon Gallimore Manufacturing Industry Group Lead of AIG, added: “It’s promising to see that UK manufacturers remain optimistic about the prospects for the global economy, despite the challenges of Brexit and other trade tensions expected in 2019, and the potential for a squeeze on cash flow. Strong credit-management bolstered with trade credit insurance can provide some protection for manufacturers’ revenues, whilst supporting their efforts to expand successfully into new markets.

“Aside from the increasing fears related to the uncertain economic environment in the UK, this year’s survey shows that disruption from cyber attacks remains the most significant risk faced by manufacturers. As technology and data continue to play increasingly critical roles in the industry, companies will inevitably find themselves more vulnerable to cyber breaches, which can cause severe disruption to the supply chain.

“Manufacturing is key to the UK’s performance on the world stage, and plays an important part in improving the health of the economy. Minimising disruption to the industry and protecting revenues will be of paramount importance in the coming year. Insurance is one way to help provide reassurance for businesses.” 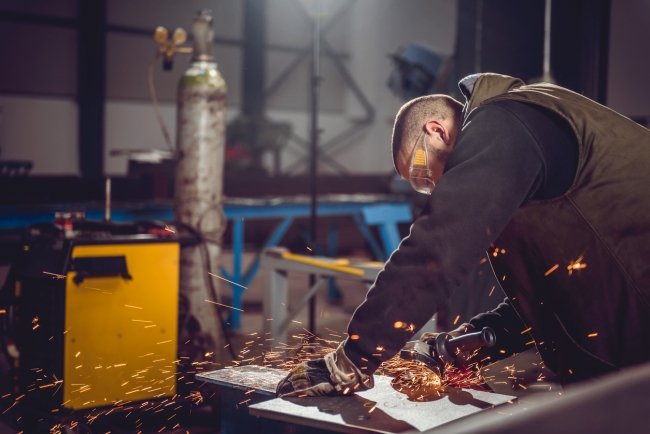 According to the survey, overall companies are still positive about the prospects for the global economy but the number who take this view is down sharply from last year with half seeing more risks than opportunity compared to a quarter who see more opportunities. However in contrast to last year there is a marked polarisation between those who expect global conditions to improve significantly and those expecting it to deteriorate significantly.

Given the UK departure from the EU Brexit and, the consequences surrounding it, almost three quarters of manufacturers (72%) say it is their biggest source of uncertainty. Within this over four fifths of companies (81%) identified exchange rate volatility as a risk to their business plan with only one fifth of companies saying significant currency movement was not a risk in 2019.

The survey also shows that delays at customs was a risk for almost four fifths of companies (76%), highlighting the critical need to pursue a Brexit that brings frictionless trade. For 1 in 3 companies delays at customs was seen to be their most significant risk. Furthermore, almost half of companies saw a relocation of a major customer away from the UK as a source of risk, one third of these directly related to Brexit.

Actions to mitigate the direct impact of Brexit include an evaluation of suppliers inside and outside the UK (68% and 63%) respectively and stockpiling components/raw materials. Over six in ten companies are looking to stockpile (62%) with 29% already doing so and a further 33% planning to do so in 2019.

Brexit is not the only risk to company business plans, however, with almost two thirds of companies (63%) seeing disruption from cyber attacks as a risk, closely followed by increased trade protectionism (59%). Furthermore, whilst it was seen as the least source of risk, almost half of companies saw a relocation of a major customer away from the UK as the main source of risk, one third of these directly related to Brexit.

The surveys shows that companies are taking a range of options to mitigate the risks they may face to their business plans. The extent of the threat from cyber attacks is highlighted by the fact it is top of the list for companies taking action with 60% of companies already increasing protection with a further 26% planning to do so. 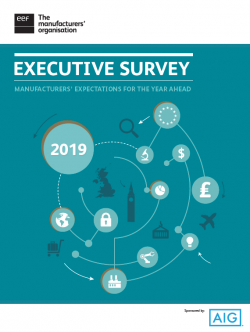