I understand
Home•Manufacturing growth accelerates to its...

Manufacturing growth accelerates to its strongest pace in a year

Manufacturing growth accelerated to its strongest pace in a year, according to the latest quarterly CBI Industrial Trends Survey.

The survey of 357 manufacturers revealed that new orders continued to expand at a brisk pace, with a pick-up in the domestic market offsetting a slight slowdown in new export orders. Sentiment about general business conditions was unchanged for a second consecutive quarter, but optimism regarding export prospects stalled, having increased steadily for much of the past two years. Growth in output and total orders are expected to slow moderately in the three months to October.

Investment intentions deteriorated significantly in the three months to July. Firms are planning to keep spending on plant and machinery broadly stable over the year ahead and expect to cut back on investment in buildings at a pace that is broadly in line with the historical average. However, firms have dialled down on investment in “intangible” assets – product & process innovation and training & re-training – with spending in both categories expected to fall at a pace unseen since the global financial crisis.

Manufacturers’ investment intentions were subdued despite signs that capacity pressures were rising again last quarter. The proportion of firms working below capacity fell close to the record-low seen at the turn of the year.

Meanwhile, the share of firms citing a lack of skilled labour as a likely constraint on activity rose well above the long-run average, while concerns that labour shortages would hold back capital spending in the year ahead increased to the highest on record.

“Yet manufacturers are still in wait-and-see mode when it comes to their investment plans. Skills shortages are increasing and making it hard for businesses to invest in capital projects, particularly with on-going uncertainty around the direction of Brexit talks. The retrenchment of training budgets is worrying at a time when skills shortages are increasing, and it underlines the urgent need to pick up the pace on apprenticeship levy reform.” 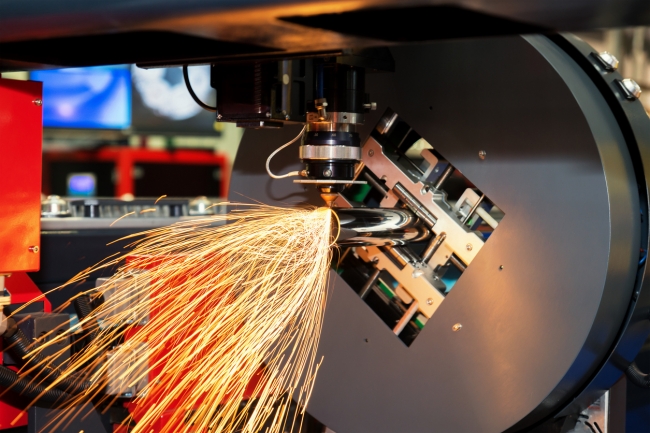 Investment intentions are down but 41% of firms said the volume of output over the past three months was up / Picture: Getty/iStock

Tom Crotty, Group Director of Ineos and Chair of CBI Manufacturing Council, added: “It’s great to see the manufacturing sector firing on all cylinders, with production revving up again after the slowdown earlier this year.

“But rising trade tensions and ongoing uncertainty over our future trade and customs arrangements are clearly taking their toll on manufacturers’ confidence and investment.”

• 18% of firms said they were more optimistic about the general business situation than three months ago and 21% were less optimistic, giving a balance of -3%. Optimism about export prospects was unchanged (-2%, the weakest since the three months to July 2016), following a strong increase in the previous quarter (+15%).

• 41% of firms said the volume of output over the past three months was up and 14% said it was down, giving a balance of 27%, a significant improvement from the previous quarter (+13%). Expectations for the coming three months are for the rate of growth to slow (+14%).

• 35% of businesses reported an increase in new orders, and 20% reported a decrease, giving a balance of +15%. Domestic orders improved (+8%) compared with the previous quarter (+1%).

• Growth in export orders slowed (+21%) compared with the previous quarter (+27%), but the pace of expansion remained well above the long run average (+2%).

• Firms citing skilled labour as a factor likely to limit output (+23%) increased compared to the previous quarter (+16%). Orders or sales remains the most cited factor overall (+55%).

• Planned spending on machinery & equipment is expected to stabilise over the year ahead (+4%, from -8% in the three months to April). But investment plans in buildings were scaled back (-14%, compared to 0% last quarter).

• Demand uncertainty (53% of firms) and inadequate net returns (50% of firms) remain the main constraints on capital spending, but concerns over labour shortages increased to the highest on record (+20% of firms).

• Planned spending on product & process innovation (-11%) and on training & retraining (-20%) is expected to fall at the fastest rate since July and April 2009, respectively.

• Output growth picked up after slowing last quarter (+27% from +13%). Growth is expected to slow over the coming three months (+14%), but remain reasonably strong from a long run perspective (average +8).