Investment by Britain’s manufacturers has seen a reality check in response to the continued political uncertainty according to a major study published today by EEF, the manufacturers’ organisation and Santander.

According to the EEF/Santander Annual Investment Monitor, while demand conditions should be spurring on investment just one third of companies say that Brexit has had no impact on their plans. A similar proportion are only investing to satisfy current plans and waiting for clarity on any deal before investing further, while at the other end of the spectrum thirteen per cent of companies are holding off investment altogether until there is further clarity on a Brexit deal. It’s not all bad news though as 51% of respondents intend to spend more on plant and machinery over the coming two years. Investment plans however, are finely balanced in the sector, as the other 49% say Brexit uncertainty is holding back plans. 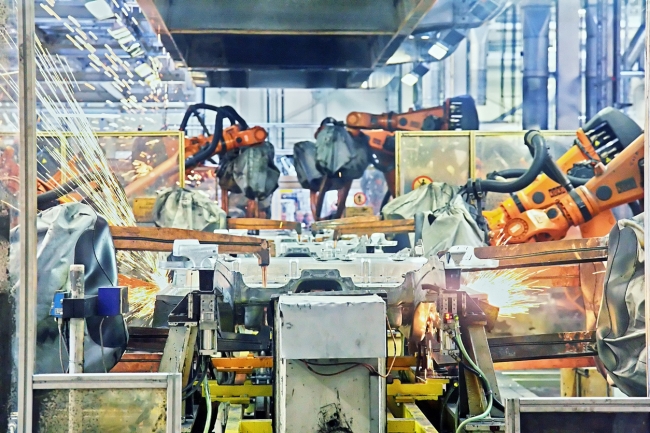 Taken together this leaves the outlook for investment by manufacturers finely balanced with only a narrow majority expecting to be investing more on new equipment in the next two years. While the reticence emanating from other parts of the global economy has diminished, the survey reflects increasing Brexit-related uncertainty.

This indicates that while manufacturers may be investing to satisfy current plans or, expand capacity, they are not investing in improving their production capacity. The survey’s spotlight on investment in automation shows that industry is making only slow progress on automating manufacturing processes, with industry being held back not just by caution but also by challenges from the cost of technology, uncertainty about returns and the capability to successfully implement change.

In response, EEF considers that boosting investment and productivity should be at the forefront in the forthcoming Budget statement.

Commenting, Lee Hopley, Chief Economist at EEF said: “Manufacturers have navigated a panoply of demand-related challenges in recent years, which have taken a toll on the sector’s appetite and ability to invest. With global demand on the up conditions should be ripe for industry to make new investments in capacity and productivity enhancing technology. But Brexit means the future outlook for investment is not clear cut.

“Political uncertainty is adding to the hurdles of cost and lack of skills in holding back spending on automation technology. The forthcoming Budget can at least start to address the latter of these challenges, starting with an ambitious industrial strategy that tackles barriers to investment head on and ensures UK manufacturers are equipped to compete for the future.”

Paul Brooks, Head of Manufacturing, Santander, added: “While the Monitor shows that investment by UK manufacturers is down on last year, it is encouraging to see that just over half of manufacturers intend to spend more over the coming two years. The Monitor shows that uncertainty surrounding the Brexit negotiations has impacted some firms’ investment decisions,  despite this, 51.5% of businesses responded that they are either increasing investment due to Brexit opportunities or that Brexit has had no impact on their investment plans.

“The Monitor clearly highlights the need for businesses to invest more in automation, with the report showing that the UK investing significantly less in machinery than our European counterparts. At Santander, we strongly encourage those firms that are holding back to focus their investment decisions on increased automation which can lead to productivity gains. By investing more in this area, UK Manufacturers can improve their competitiveness and Santander has a range of support to help them do this.” 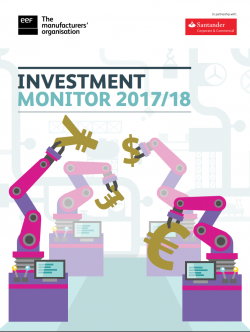