Yamazaki Mazak will celebrate a decade of success for its European Technology Centre (ETC) in 2019.

The state-of-the-art facility, which is located at its European Manufacturing Plant in Worcester, first opened its doors in 2009, and has seen in excess of 33,000 visitors walk through its doors in that time.

The 2900m2 facility is home to a regularly-changing line-up of CNC machine tools and laser processing machines from Mazak’s extensive portfolio. It is often the first place in the UK customers can see the company’s new models once they have been launched. 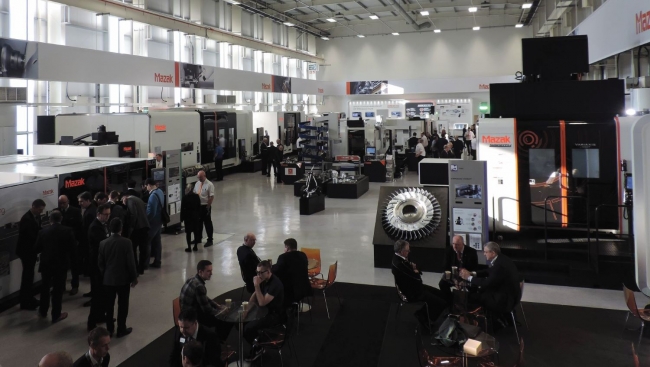 As well as a 97-seat auditorium and demonstration area, the ETC also includes Mazak’s ‘Solutions Gallery’, which displays a snapshot of finished components that would have been processed on a Mazak machine tool or laser machine at some stage of their production process. All parts on display were produced by Mazak customers.

Over the years, the ETC has played host to a number of Open Houses, notably in the aftermath of major European events such as EMO and EuroBLECH. The Open Houses give those UK customers unable to attend the exhibitions a chance to see many of the models in live-cutting action.

As well as Open Houses, the ETC has also hosted a number of broader UK manufacturing events, as well as many educational visits from local schools and colleges. Its constant use emphasises its importance not just to Mazak, but to both the sector as a whole, and the Worcestershire community.

Richard Smith, European Group Managing Director, said: “The ETC is one of the biggest assets Mazak has here in the UK, and it has played a significant role in growing both our UK and European customer base over the last decade.

“To have welcomed over 33,000 visitors since opening is a feat Mazak is incredibly proud of. We always take great pleasure in taking visitors – be they a seasoned Mazak customer, or a primary school pupil – around the ETC, and allowing them to witness a snapshot of our extensive product portfolio in live-cutting action.”

Richard concluded: “However, with two more Open Houses and several other events already in the pipeline, there will no let-up in 2019. We are very excited to see what the future holds for this fantastic facility.”