The McLaren Composites Technology Centre (MCTC) aims to be a world-leader in innovating lightweight carbon fibre and composites that will work together with future powertrain development to save weight and produce greater energy efficiencies.

Prototyping has already begun on innovating McLaren’s next generation of lightweight carbon fibre tubs that are integral to the agility and performance of its sportscars and supercars. 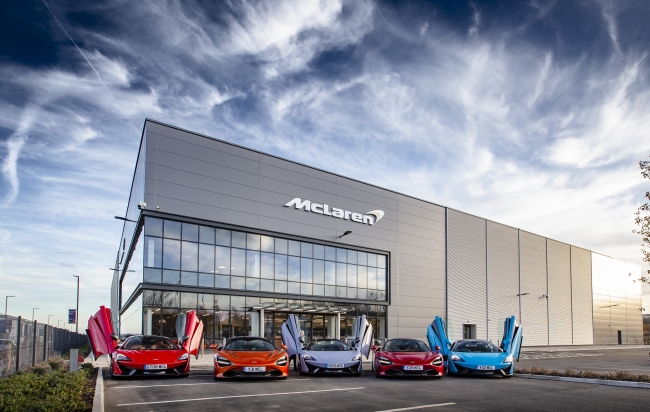 Those present to witness the occasion were invited representatives from Sheffield and Rotherham Councils, senior local stakeholders and the 50 employees already employed at the MCTC.

First announced in February 2017, construction commenced just five months later and following six months of fit-out, the MCTC is now the company’s first purpose-built facility outside of the current McLaren campus in Surrey.

McLaren’s ability to tap into the Sheffield region’s extensive materials expertise, skills, university resources, and dynamism will help it to continue to innovate quickly and launch 18 new models or derivatives under its ambitious Track25 business plan that are lightest in class.

The in-sourcing of the manufacture of the carbon fibre chassis also increases the average percentage (by value) of a McLaren car sourced in the UK by around eight per cent from its current average of around 50 per cent, depending on model.

Carbon fibre has long been a part of McLaren’s DNA, the company having introduced the very first carbon fibre chassis into Formula 1 in 1981. Carbon fibre’s innate strength and lightweight properties mean that the company has never made a race car, sportscar or supercar without it since.

After completing trial tubs in 2019 and once fully operational in 2020, the MCTC will create over 200 direct jobs and produce carbon fibre tubs that will be sent to the McLaren Production Centre (MPC) in Woking, Surrey, for hand assembly into cars, over 90 per cent of which are then exported to markets worldwide. 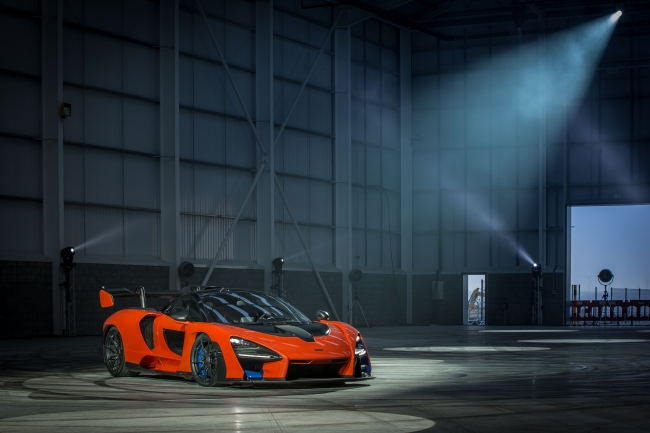 The MCTC will boost local skills, create over 200 new jobs when fully-operational and generate £100m of gross value-added for the local economy in 10 years / Picture: McLaren Automotive

After seeing an example of a completed carbon tub, Mike Flewitt, McLaren shareholders and senior members of the company’s executive toured the Royal guests around the facility.

The Royal guests saw the process for producing carbon fibre tubs – currently in pre-production phase – from the cutting of the carbon fibre cloth, to the forming, pressing, machining and measuring of the final tub. Along the way they were invited to press the button to start the cutting machine, speak to some of the 50 or so people already employed at the site while McLaren Automotive Executive Director of HR, Mandeep Dhatt introduced several of McLaren’s STEM ambassadors who work at the MCTC. Supported by the company, they speak to young people in the region to encourage them to take up careers in science and engineering.

Built on a former open-cast coal mine, the opening of the 7,000m2 building set over four acres comes just seven years to the week after the launch of the MPC in Surrey. The MCTC was largely designed, constructed and fitted out by local contractors with the support of Sheffield City Council.

The target is that the MCTC will deliver £100m of gross value-added benefit to the local economy by 2028 as well as supporting skills development in the region.

Mike Flewitt, Chief Executive Officer at McLaren Automotive said: “It was an honour for myself and all of the 2,300 people at McLaren Automotive to host The Duke and Duchess of Cambridge and His Royal Highness Prince Salman Bin Hamad Al Khalifa, the Crown Prince of The Kingdom of Bahrain, to officially open the MCTC and to show them the process we are innovating for the production of carbon fibre. They met some of the extraordinary, creative and passionate people we already have working here who are making that ambition a reality.

“It is an important milestone for us as a ground-breaking, innovative car company and allows us to tap into the great energy, vitality and skills this part of the world has to offer. What goes on here at the MCTC will be vital for our ability to make good on our intention to continue to develop and unveil cars that are lightest in class; it is my belief that Britain – through facilities like this – can become a world leader in lightweight materials technology that will help create more efficient future vehicles.

“We are proud to be bringing new jobs to the Sheffield region which has a long association with advanced materials; first with steel and now a future to look forward to with carbon fibre innovation and production for McLaren.”