Children as young as nine will be getting to grips with 3D printing, coding and smart electronics this week, when a special Engineering Club takes place in Bridgnorth.

The Marches Centre of Manufacturing & Technology (MCMT) has teamed up with Black Country Atelier (BCA) to offer an action-packed menu of activities spanning the entire five days.

This includes designing and making a programmable Tamagotchi-style pet, constructing the widest bridges and tallest skyscrapers and the challenge of creating the best Rocket Car. 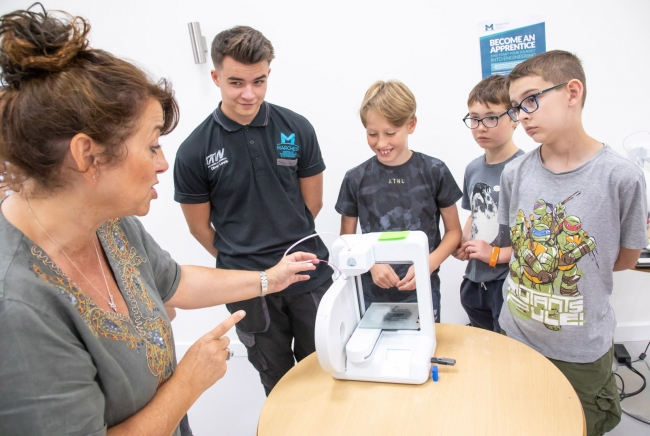 Children as young as nine will be getting to grips with 3D printing, coding and smart electronics during the special Engineering Club / Picture: MCMT

15 young people – aged between 9 and 13-years-old – will be supported by MCMT staff/apprentices and instructors from BCA to come up with ideas, work with hand tools and access some of the fantastic technology installed at the 36,000 sq ft facility on the Stanmore Industrial Estate.

Matthew Snelson, Managing Director of the MCMT, said: “The skills gap has been well documented and a lot of time has been spent in engaging secondary school pupils who are considering what to do next after their GCSEs.

“However, what we have been missing is talking to the grassroots level, with children aged between 9 and 13. This a really key time before pupils make their subject choices, so we wanted to put on an exciting and challenging week that introduced them to STEM and the world of engineering and manufacturing.

“We need to inspire and show them that engineering can be a great career, that there’s lots of exciting technologies you can use and that you may just have an idea that will change the way we all live.”

Children will be working on several practical, hands-on projects throughout the week, using a full range of traditional and modern engineering tools, such as hand fabrication and finishing tools, Computer Aided Design (CAD), 3D printers and programmable controllers.

At the end of each day, there will be a show and tell of their projects, a construction test and, on Thursday, a race to see which rocket car is the fastest. The results will be presented at a special prize giving at the end of the week, where parents will be able to see what their young people have been up to. 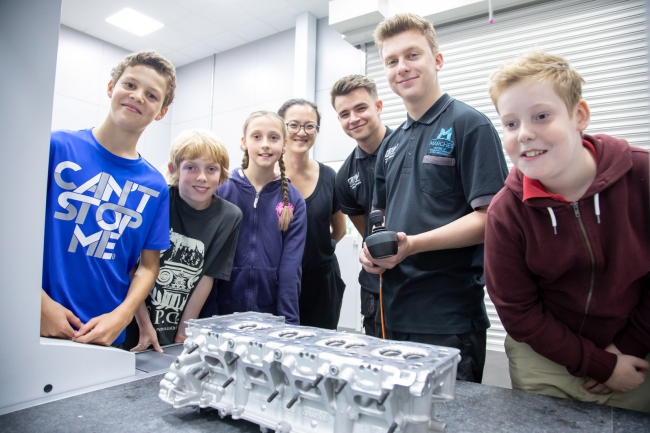 The Engineering Club will be giving future engineers and scientists a fully immersive experience of design and engineering / Picture: MCMT

Matthew concluded: “We have also arranged for engineers from local businesses to give various demos during the Engineering Club, ranging from the art of mechanics of classic car vehicle maintenance to advanced robotics and destructive material testing.

“I’m convinced that by the end of the week we’ll have the next generation of engineers wanting to take subjects that will eventually lead to a successful career in industry.”

The Marches Centre of Manufacturing & Technology is based across two training centres in Shrewsbury and Bridgnorth.

The latter was an old storage facility for Grainger & Worrall, which has been transformed into the modern centre, providing a high-tech environment for individuals to learn from engineering experts on the latest technology – all geared towards giving them opportunities to apply their new found skills on real life manufacturing situations.

It is equipped with over £3m of state-of-the-art equipment, including dedicated fabrication, foundry, lathe, metrology, milling, robotics and vehicle trimming sections.