Glasgow-headquartered McQueens Dairies has announced a multi-million-pound expansion plan that involves the purchase of the former Muller dairy facility in East Kilbride and the creation of up to 100 new jobs in the next two years.

The family business, which was founded in 1995 by company chairman Mick McQueen and his wife Meg, now operates eight distribution depots in Scotland and north of England and a dairy in Glasgow.  The business opened its latest depot in Galashiels in May 2019.  The company currently employs 400 members of staff with couple’s five children holding senior positions within the business. 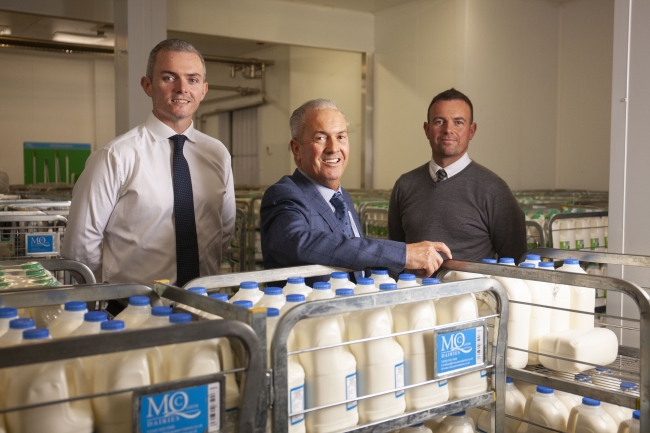 The 6.5-acre dairy site in East Kilbride will allow the business to accelerate its growth aspirations in the doorstep delivery sector.  The new facility, which is expected to open in Spring 2020, will significantly impact on the business’s overall expansion and will result in around 100 new jobs being created within the next two years.

Mick McQueen, chairman of McQueens Dairies, said:  “We’re an ambitious business that delivers milk direct to customers’ doors and want to build on the success we’ve achieved so far.  In the last year we grew turnover by 30% and we expect that increase to be repeated this year so the new dairy in East Kilbride, which is larger than our current dairy, gives us a real platform to maintain that momentum.  We’re also very excited about creating many new jobs as a result.

“Our success to date has been by focussing on the demand for doorstep delivery both here in Scotland and in the north of England.  We know that many people purchase milk from supermarkets but our business is about delivering milk direct to the consumer be that doorsteps or businesses.  There is a real growth in the demand for doorstep delivery and we are perfectly placed to respond.

“Our current dairy and distribution centre in the M8 Food Park in the north of Glasgow has reached capacity and doesn’t afford us any more scope to expand so the move to a purpose built dairy, just twelve miles away and still within easy reach of our tens of thousands of customers, makes perfect sense.”

As a result of the business’s expansion it will also increase its requirement for raw liquid milk supply from farmers providing a welcome boost to their businesses. 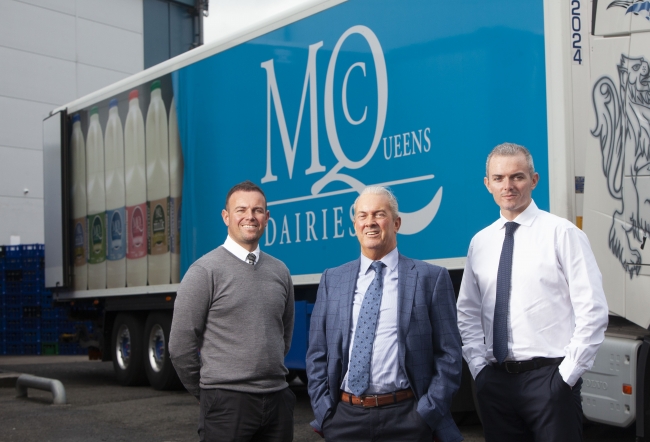 The purchase of the former Muller Dairy in East Kilbride is at the heart of McQueens’ expansion and is expected to open in Spring 2020 following / Picture: McQueen Dairies

Mick McQueen added: “We will be using the dairy in a different way to how it was used before, which was predominantly to produce flavoured milk and potted cream.  We’ll be focussed on processing liquid milk along with orange and apple juices so a large part of our investment will be in modern dairy technology including new refrigeration plant, pasteurising equipment and a filler line that includes glass bottles which are having a resurgence with our customers.

“We are also pleased that another positive result from our expansion is that we will be processing more milk.  Our supply relationship with First Milk will see them delivering more raw milk to us, directly from farmers which is good news for everyone.”

Fraser Brown, Commercial Director of First Milk, concluded:  “This announcement is great news and we look forward to continuing our milk supply partnership with McQueens as they grow and develop their business. We are proud to supply them with high quality, farm assured fresh milk directly from our farmer members, with full traceability – something we know is important to all customers.”

McQueens Dairies Ltd has over 100,000 milk delivery customers across Scotland and in the north of England served by distribution depots in Glasgow, Edinburgh, Kirkcaldy, Galashiels, Mansfield, Huddersfield, Warrington and Preston.