One of the UK’s leading sub contract machinists is celebrating its 90th birthday in style after securing a string of new contracts and creating 15 jobs.

Muller Holdings, which has sites in Cleobury Mortimer, Redditch, South Wales and Wednesbury, has landed an additional £500,000 of sales to mark its big anniversary, including work for automotive, smart gas meters and producing parts for the increasingly famous ‘GripIt’ building product. 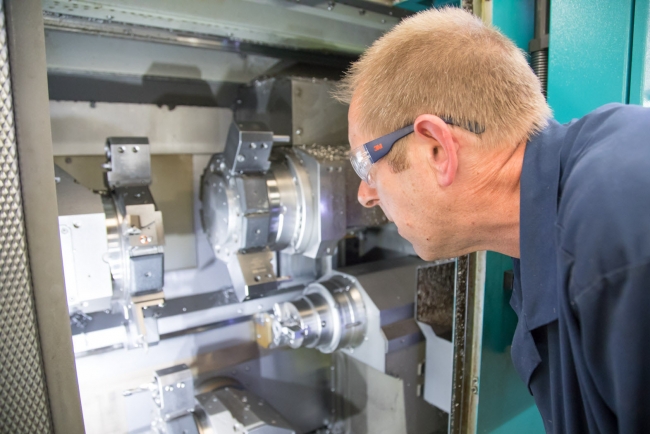 The company has withstood a number of recessions over the last nine decades and was a key supplier to the Second World War effort, where it relocated from London to Shropshire to avoid further air strikes during the Blitz.

Today, it specialises in CNC milling, turning, multi-spindle and CNC/Conventional escomatic manufacturing services, with its components ending up in the best selling cars in the world, in dental products and appliances that keep homes and factories warm.

“90 years of manufacturing is some achievement and we have a colourful history, from starting life owned by the Swiss and supplying the Ministry of Defence, to becoming Cleobury Mortimer’s largest employer and forging an exciting joint venture in India,” explained Paul Bethell, Managing Director and one of the key people behind the MBO in 1993.

“Our business has been based on technical excellence and providing precision machining solutions and these two attributes have remained constant despite the changing economic and industrial picture.” 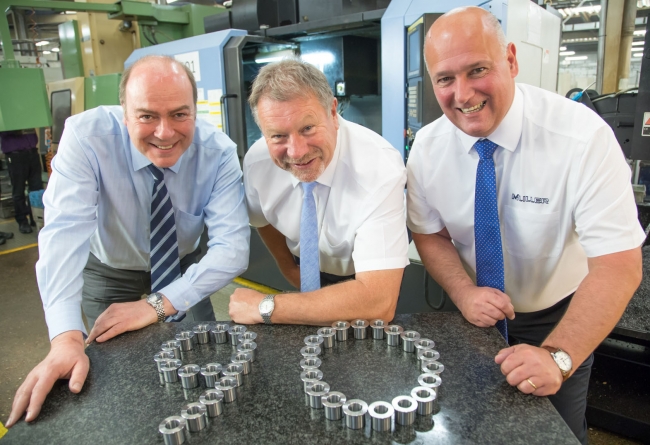 He added: “Whilst we are very proud of our history, the focus now is on the next nine decades and the first half of 2017 have been very good for all of our four sites in the UK. Turnover has increased across our key markets and our pipeline of enquiries has definitely received a boost from the drop in the price of Sterling.

“Our workforce stands at 150, but we expect this to grow by about 10% between now and the end of the year. These positions will be experienced manufacturing professionals and the possibility of employing more apprentices.”

By the early 1980s, the first investments in CNC lathes and machining centres were made and ten years later this was followed by the introduction of multi-axis lathes with power tooling and magazine barfeeds…this gave it the opportunity to offer complicated machining at competitive rates.

Over the course of the next twenty years, a number of strategic acquisitions were made, setting up dedicated facilities in the Black Country, Redditch, Llandovery in South Wales and a joint venture in Haryana in India.

“The last two years have seen more than £850,000 of investment in new machinery, a sort of early birthday present to ourselves,” continued Adam Cunningham, Director at Muller Redditch.

“As part of this, we have increased our escomatic and multi-spindle capacity by 10% and we will shortly be installing high-speed visual inspection equipment to ensure we offer world class quality to our customers.

“This is designed to give us the necessary capacity and competitive advantage to go after our 3 year-plan to be at £16m by 2020.”

Muller Holdings is part of the Midlands Assembly Network, a nine-strong group of sub-contract manufacturers who work together to win orders and share best practice and resource. 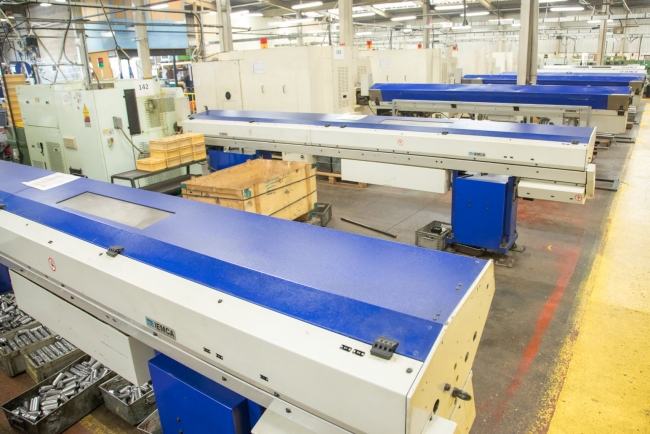 Muller has recently invested in new machinery to give the necessary capacity for future growth / Picture: Muller