An industrial collective is celebrating a major milestone in its history by appointing a new Chairman to lead it over the next twelve months.

The Manufacturing Assembly Network (MAN), a collaboration of eight West Midlands-based sub-contract manufacturers and an engineering design agency, has just secured a new order as a result of joint working, taking its combined efforts to over £75m of sales generated since it was formed.

A significant focus is now on increasing this number to £100m according to Adam Cunningham, CEO of Muller Holdings and the new Chairman of MAN, taking over from Brandauer’s Rowan Crozier earlier this year. 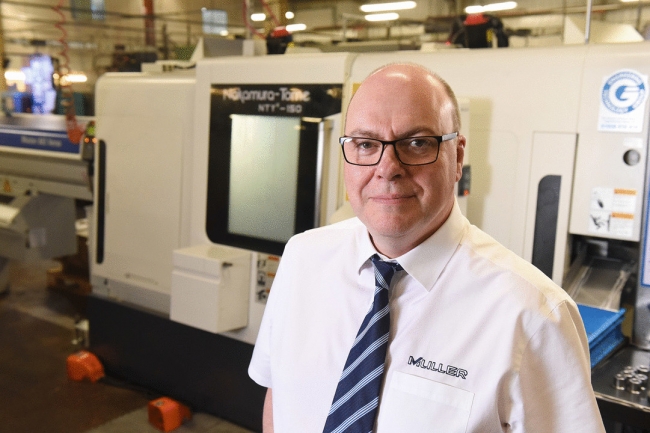 Adam Cunningham has been appointed new Chairman of MAN, as a new order takes the group to over £75m of sales generated since it was formed / Picture: MAN Group

The former craft apprentice is a big supporter of ‘strength in numbers’ and believes the group’s ability to share sales opportunities/best practice, stronger purchasing power and unrivalled manufacturing expertise has been pivotal in helping it withstand economic uncertainty and secure work from overseas.

“We are fairly unique in being able to bring together such a wide diversity of engineering disciplines under one banner,” explained Adam, who started his career with Concentric Pumps in Birmingham.

“Our core philosophy is to work together to win new contracts as that is what keeps us all in business and, over the years, we’ve been very successful in doing that. A recent order from the renewables sector has actually taken us over £75m of sales for the group.”

He added: “That’s in the past and the focus is very much on the future and looking at new markets which lend themselves to our strengths. Electrification is one of these and we’re leveraging our relationship with WMG to make real strides in this market, whilst alternative powertrains are also presenting a number of new opportunities.

“The other thing I want to pursue under my stewardship is exploring how more member companies can introduce automation and robotics into their processes to increase productivity and competitiveness. This isn’t at the expense of jobs, quite the opposite. If we can work smarter, we can win more contracts and in turn create new positions.”

The Manufacturing Assembly Network was established in 2003 using funding from Advantage West Midlands (the then Regional Development Agency) to help combat industrial uncertainty in the area. 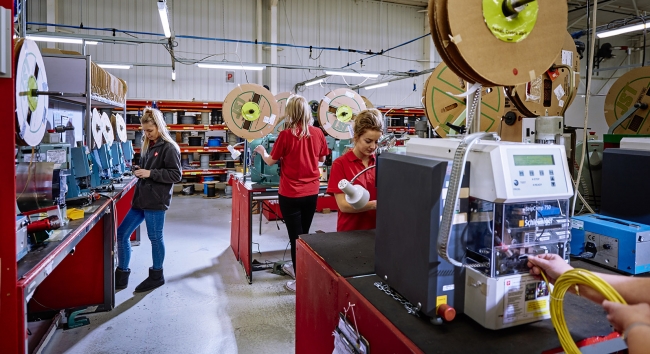 “Running a manufacturing business can be a very lonely place at times, so to have eight other MDs to share your pain and elation with can be an extremely valuable asset,” continued Adam.

“We often use it as a sounding board to test out new ideas, to cross train our apprentices and to look at how we can work together to promote engineering and manufacturing to young people. The success of the MAN Design & Make Challenge, involving 12 high schools, is an example of companies tackling the skills agenda head-on.”

Adam has been involved in industry since 1980, starting his career as an apprentice at Concentric Pumps before taking positions at Henley Foundries, Robson Precision, Auto Tools and Rubberneck Fittings.

In 2002, he joined Muller Holdings as Works Manager for its Birmingham site, quickly getting promoted to Operations Director and overseeing the consolidation of its manufacturing footprint from the second city to its current base in Redditch.

The former apprentice took over as MD of Muller Redditch in February 2007 and, in recent months, has been appointed as CEO of Muller Holdings, responsible for the group’s ongoing expansion in CNC milling, turning, multi-spindle and CNC/Conventional escomatic manufacturing services.