Vax-Hub, a new Future Vaccine Manufacturing Research Hub, will bring together academia, industry and policy makers to affect radical change in the development and manufacturing of vaccines and improve responses to outbreaks of deadly pandemics such as Swine Flu and Ebola.

Led by UCL and the University of Oxford, Vax-Hub will look to establish the UK as a global centre for vaccine discovery, development and manufacture, while also ensuring that new vaccine manufacturing processes can be used in low and middle income countries. 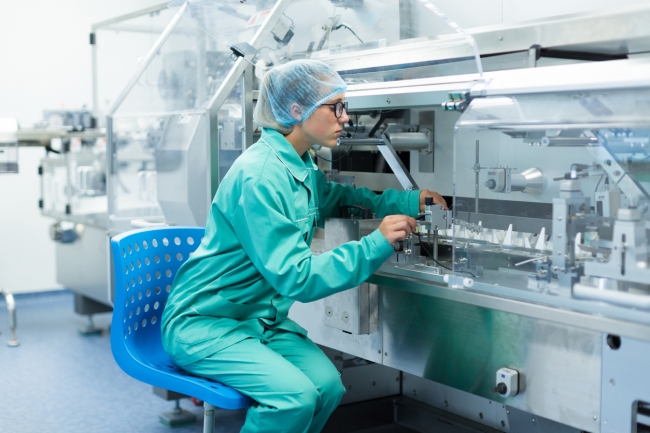 The multidisciplinary team assembled at the Hub will work to address five major challenges facing vaccine manufacturing and deployment:
– The time new vaccines take to progress to market
– Guaranteeing long lasting supply, especially of older, legacy vaccines
– Reducing the risk of failure in moving between different vaccine types, scales of manufacture and locations
– Mitigating costs
– And responding to threats and future epidemics and pandemics

In addition the tools and technologies developed by the researchers, who have decades of cumulative experience in all aspects of vaccine design and manufacturing research, will be applicable for medical products intended for the UK.

The Hub has been awarded almost £7 million of UK Aid funding from the Department of Health and Social Care, which will be managed by the Engineering and Physical Sciences Research Council (EPSRC).

It will bring together 25 partners, including Public Health England, the University of Leeds, Imperial College London, the London School of Hygiene and Tropical Medicine, pharmaceutical companies AstraZeneca and Pfizer and GE (General Electric Company).

Vax-Hub is the second vaccine manufacturing hub to be funded by the Department of Health and Social Care and managed by EPSRC in recent months. Funding for the Future Vaccine Manufacturing Hub, led by Imperial College London and involving four other UK universities and three institutes, was announced in December 2017.

EPSRC Executive Chair, Professor Philip Nelson, said: “According to the UN, last year vaccines saved the lives of up to three million children. Sadly, despite the progress that has been made, it’s also estimated that as many as a quarter of deaths among children under five could have been prevented through the use of vaccines.

“By bringing together a multidisciplinary team from across academia, industry and policy makers, Vax-Hub aims to continue the progress that has already been made and save many lives in the future. It will address key challenges in vaccine manufacturing and ensure that the lessons learned and new approaches developed can be applied in the low and middle income countries which need vaccines most.”

Steve Brine MP, Parliamentary Under Secretary of State for Public Health and Primary Care, added:“Vaccinations have the potential to save millions of lives across the globe. Diseases do not respect borders – this project will take major steps in tackling deadly diseases such as Ebola, and will protect populations in the most vulnerable countries. I look forward to seeing the Vax-Hub for myself in the near future so that I can learn more about this hugely impressive work.”

Dr Tarit Mukhopadhyay, UCL, concluded: “Vaccines are the most successful public health initiative of the 20th century. Today, vaccine supply and affordability are the two key issues that limit our ability to eradicate disease, reach immunisation goals, and respond to epidemics. Many vaccines use manufacturing processes that are 50-60 years old and have resulted in supply interruptions in the UK and developing nations. This investment will create tools and novel manufacturing technologies that will modernise vaccine manufacturing processes that were established in the last century, such that these life-saving medicines are available to all, irrespective of economic circumstance.”