A plastics manufacturer with sites across the North East has invested almost a quarter of a million pounds on new technology to meet increased demand from customers.

The Omega Plastics Group, which was recently named Company of the Year at the North East Business Awards, has made the investments at its factories in Blyth, Northumberland and Hartlepool on Teesside.  Last year, the group invested more than £1 million on a new factory and offices in Washington, Tyne & Wear.

A new 50 tonne injection moulding machine manufactured by Fanuc and installed in Hartlepool will enable a 25 per cent increase in production for customers in the medical sector. 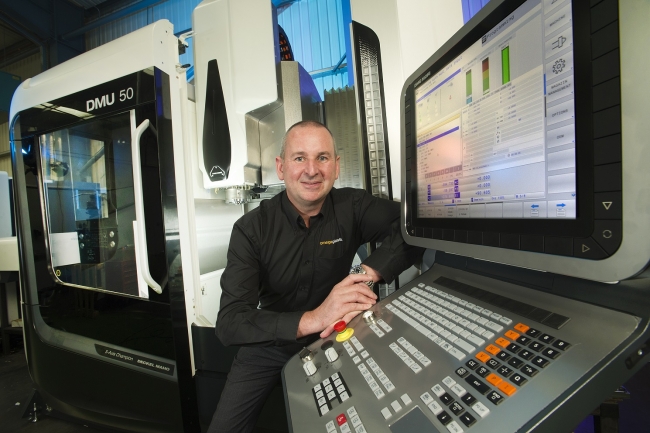 At Blyth, a state of the art computer numerical control (CNC) machine will see Omega Plastics moulding specialist tools from a five-axis range.

Manufactured by DMG MORI, the new CNC machine replaces a three-axis model enabling Omega Plastics to produce a more diverse range of tools quicker and more efficiently than before.  This investment is in response to customers from the automotive, medical and FMCG sectors requiring ever more technical solutions.  The new five-axis machine is the second of its kind in the Omega Plastics Group with the other being located at Hartlepool.

And it’s not just in new technologies that Omega Plastics continues to invest.  The firm, which already employs more than 100 people across its three sites, has also hired four new starters and is actively seeking the right candidates for quality engineer and two project managers.

Managing director Gary Powner said:  “Our ongoing investment programme, combined with the development of our technical team, is in response to increased demand from existing, long-term customers and keeps Omega Plastics at the forefront of the international market as new opportunities present themselves.

“By working with world-class machinery suppliers such as Fanuc and DMG MORI we’re able to respond quickly to customer demands that are becoming increasingly complex without any compromise on quality and performance.”