OXIS Energy is to establish the first-ever manufacturing plant for the production of electrolyte and cathode active material specifically for the mass production of lithium-sulfur cells.

The plant will be built in Port Talbot, Wales. OXIS has signed a 15 year lease with United UK Real Estate Investment Industrial Holdings Limited to develop the plant and it’s expected that several hundred jobs will be created within the next ten years. The electrolyte and cathode active material, which is currently at Manufacturing Readiness Level (MRL) 8 will be produced for worldwide export. 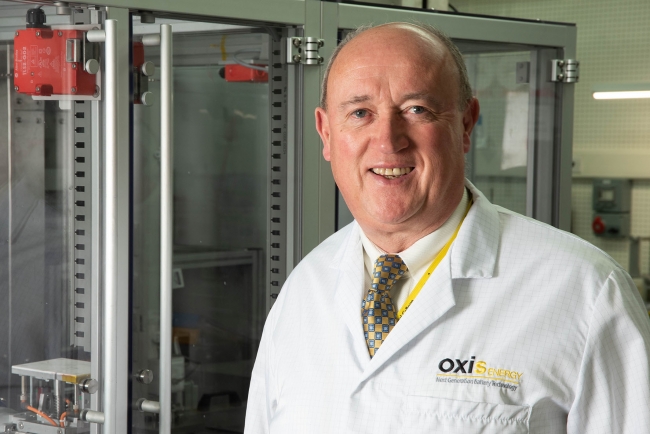 OXIS Energy is to establish its first manufacturing plant in Port Talbot that will create hundreds of new jobs in the next decade / Picture: OXIS Energy

The plant will supply the OXIS Energy Brazil Holding’s manufacturing plant, which has been jointly set up between the State Government of Minas Gerais and OXIS Energy UK. OXIS will retain its Research and Development activity in the UK. However, it will collaborate with Codemig, a wholly owned company controlled by the State of Minas Gerais to jointly exploit lithium rock deposit for the production of world class lithium metal, which is used by OXIS for its Li-S cells.

OXIS is currently working on the design of the Brazilian Plant with NORDIKA Pharmaceutical of Brazil. It is also collaborating with other European companies, such as Siemens AG who have expertise in digital manufacturing and cyber security.

The objective is to produce the active material in Port Talbot in order to supply the cell capacity production in millions of units from 2020 until 2030.

Huw Hampson-Jones, CEO OXIS Energy said, “With support from both the State Government of Minas Gerais and the Welsh Government, including the investment made by the Development Bank of Wales, OXIS is working towards the commercialization of mass production of lithium-sulfur cells for electric batteries in order to address our target markets – aviation, marine and buses and trucks (Heavy Electric Vehicles).”

“We believe this will create even more jobs in Wales. In many cases we shall be creating a highly skilled workforce, and indeed, Wales is the only region in the UK, where it is seeking to promote bilingualism, which is the basis for multilingual skills, an essential requirement for OXIS in its expansion plans for its long-term growth in the export of goods.”

The Western seaboard of the ports in Wales, Cardiff, Newport, Port Talbot and Swansea are ideally placed and accessible for exports to Brazil. OXIS will decide on the port of embarkation of the goods in the next 18-24-months.