I understand
Home•Phenomenal first day for the...

Going into the show, the commercial aircraft backlog stood at 14,327 – the largest ever.

The Prime Minister, Theresa May, officially opened the Airshow, which comes 37 weeks before the UK leaves the European Union. 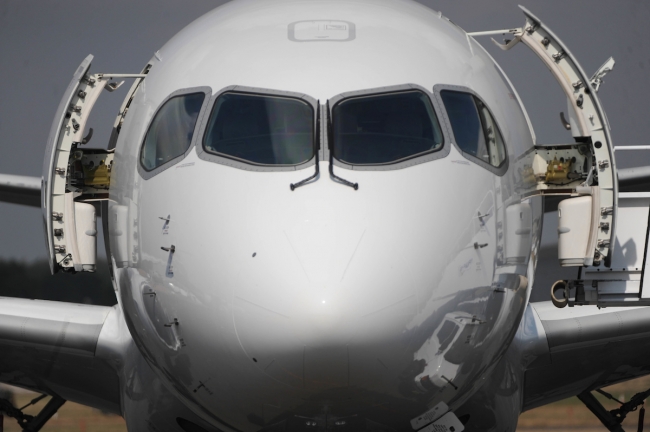 Orders were placed for 311 civil aircraft across the show worth £35bn ($43.6bn) / Picture: Farnborough International Airshow

Speaking at the Opening Ceremony, Mrs May stated: “This is an incredibly exciting time for aerospace. Not only is there huge growth potential, but many of the developments taking place have the potential to transform the way we fly.”

“We’ve seen an incredibly strong start to the Airshow which is the biggest event of this sizehosted in the UK, and this year hosts its most international attendance ever with nearly 100 counties represented.”

The Prime Minster was joined by astronaut Tim Peake who was at the Airshow’s Space Zone following the announcement of a vertical launch spaceport in Sutherland, Scotland.

The Farnborough International Airshow continues all week. This year is the most globally-attended with nearly 100 countries represented and an unprecedented number of military and civil commercial delegations.