Photonics supplier Qioptiq has secured a contract with the Ministry of Defence (MoD) worth £82 million – its largest ever – thanks to an Innovate UK Knowledge Transfer Partnership (KTP) giving them access to research expertise at Cardiff Business School.

The contract will ensure that UK armed forces around the world have access to essential night vision equipment. It’s predicted that with Qioptiq’s support, the MoD will save £47 million, while helping troops to stay safe.

As a result of the win, Qioptiq has opened a £3.7 million warehouse in North Wales to deliver the contract and increased its staff numbers. 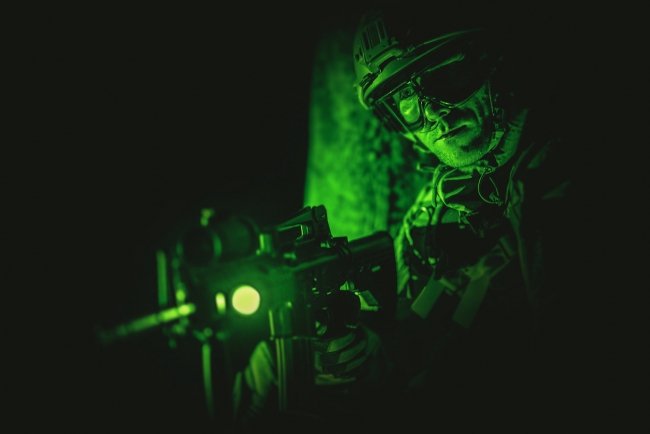 Qioptiq has secured its largest ever contract with the Ministry of Defence worth £82 million / Picture: Getty/iStock

Previously, it had difficulty in predicting how many of its products would be ordered, and how many returned. This affected its ability to set prices, meet demand and plan operations.

When Thanos Goltsos – an expert in forecasting and inventory control at Cardiff Business School – began working with the company through the KTP, his first priority was understanding how Qioptiq’s operations worked.

Thanos said: “I audited the processes to see how they forecast demand and planned ahead. Qioptiq needed to predict what would be returned in the next few months, as well as seeing the demand patterns of its customers. I proposed moving to a more agile way of doing things to improve service level and pricing.
From adopting Thanos’ system, Qioptiq reduced its inventory by 25%, leading to major cost savings for the firm.”

The KTP scheme is designed to help UK businesses to innovate and grow by linking them with a research or academic organisation.

Together they recruit a qualified graduate to work at the company for between 12 and 36 months, looking at a specific, strategic innovation project.