I understand
Home•Record year in the UK...

Record year in the UK for Blum-Novotest

Blum-Novotest, which works across the automotive, aerospace, medical and machine tool sectors, has seen sales pass the £500,000 mark for the first time since the UK subsidiary was launched in 2000.

The target this year is for another 20% growth, with the company set to build on the early success of its DIGILOG touch probe systems by officially launching LC50 – its latest laser control technology.

This new innovation has been described as the world’s most advanced laser measuring system and will deliver up to a 60% reduction in the time taken to check and measure parts within a CNC machine. 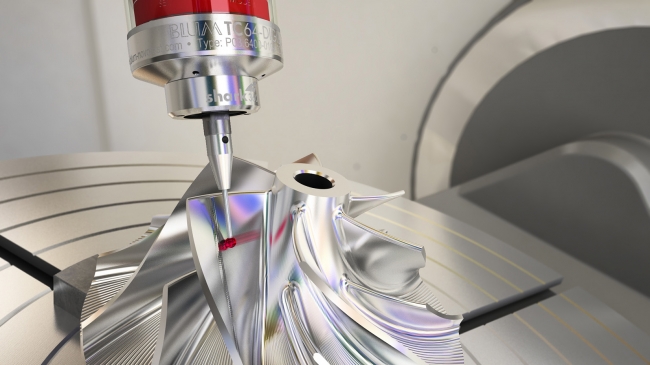 Blum-Novotest enjoyed a record-breaking 2017, their best year since they launched in 2000 / Picture: Blum

David Mold, Managing Director of Blum-Novotest, said: “2017 was a fantastic year for our UK business and we want to build on this by sending out a strong message at Southern Manufacturing & Electronics next week”

“We are finding that a lot of our customers are increasingly looking to source measurement solutions that are quick, can perform on complex components and, importantly, can be fitted to the inside of a machine tool for real time data and the best possible accuracy.”

He continued: “This is exactly what we do with our range of products that start from a simple tool setting probe and go right through to workpiece probes, roughness and bore gauges and the new DIGILOG touch probes that are proving extremely popular.”

Blum-Novotest is one of the global leaders in production metrology, employing 534 people and turning over £77m across its 16 subsidiaries.

Its UK operation was started in 2000 by David and originally started life in a small office in Lichfield. As the firm’s reputation grew in aerospace and automotive, sales started to increase rapidly and a move to bespoke offices and a state-of-the-art demonstration room in Burton-upon-Trent followed in 2015. 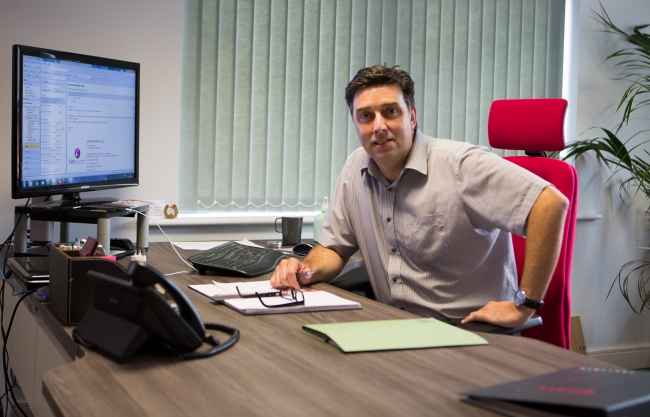 Today, the company delivers its solutions to some of the world’s largest aerospace primes, car manufacturers and a host of CNC machine tool suppliers, including the Engineering Technology Group, Whitehouse Machine Tools and Yeovil Machine Tools.

“Our parent company is very supportive and views the UK as a crucial part of its growth strategy and, as such, we have great access to its R&D and production facilities in Germany,” continued David.

“This means we can bring the world’s best measurement technology into this country and ensure our clients are producing complex parts to the required accuracy at the first time of asking.”

Blum-Novotest Limited currently employs an office manager, two installation engineers and have recently taken on a new apprentice and sales professional to help cope with the expansion.