Rolls-Royce is celebrating another milestone in the Trent family success story with the delivery of the 2,000th Trent 700.

The Trent 700, the original member of the now seven-strong Trent engine family, has become the clear market leader and engine of customer choice for the Airbus A330.

Earlier this year Rolls-Royce celebrated the Trent 700 completing its 50 millionth flying hour, the equivalent to flying around the world more than one million times. 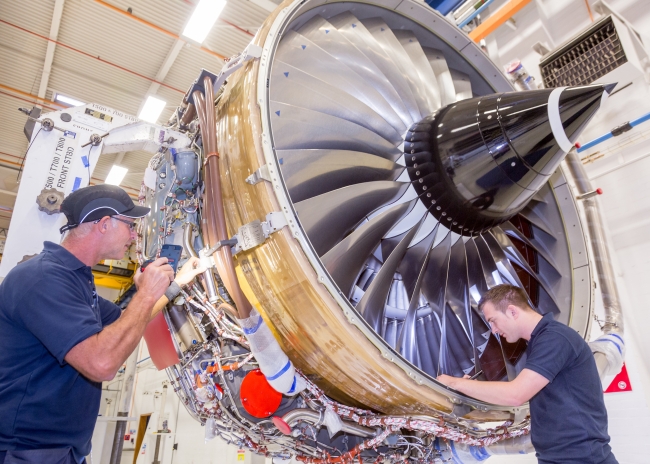 The Trent 700 was the first member of the Trent engine family and has played a significant role in transforming Rolls-Royce into a truly global company. The Trent 700 has been Rolls-Royce’s best-selling engine, helping to increase its widebody market share from 13% in 1995 – when the engine was first introduced – to more than 50% by the early 2020s.

The milestone comes as the Trent family story continues with the recent entry into service of the Airbus A330neo, powered by the seventh and most recent Trent family member, the Trent 7000.

Dominic Horwood, Rolls-Royce, Chief Customer Officer – Civil Aerospace, said: “The Trent 700 is an iconic engine, the first of a Trent family that will power aircraft for decades to come. I want to thank every customer who has chosen Trent as we celebrate this milestone.”

• Carried over three billion people, equivalent to more than 40 per cent of the current world population, on 12 million flights

• Proven itself to be the clear A330 engine of choice, capturing 90 per cent of the market over the last three years

• Been selected by eighty-eight different operators