Scotia Windows and Doors has moved to a new bespoke factory in Kilmarnock, following East Ayrshire Council’s ambitious programme to develop Moorfield Park to support commercial and industrial growth in the region.

The company is now based in a 2,700sqm unit – a move securing 183 jobs and creating 20 more. In relocating from its original base over five sites in Kilmarnock, the company has been able to come together under one roof. This has increased their manufacturing capacity from 1170 units to 1600 since their move and will shortly hit a target of 1800 with the promise of further new jobs. 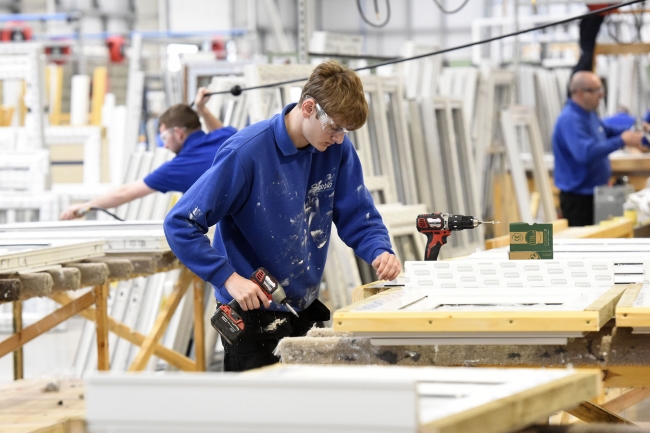 Robert McKnight, Managing Director of Scotia Double Glazing, said: “Merging our five production units from Bonnyton into a new bespoke factory here in Moorfield has allowed us to improve efficiencies and the quality of our products. We have also made a significant investment in new machinery which has resulted in increased production, and further expansion is planned for our Kilmarnock operation.”

Opening the park, Michael Matheson MSP, Cabinet Secretary for Transport, Infrastructure and Connectivity added: “I am delighted to officially open the new premises at Moorfield Park which will create and sustain high-quality jobs in Kilmarnock and beyond. In particular, I am pleased that the business park will be further supported with £12 million of funding through the Scottish Government’s overall £103 million commitment to the Ayrshire Growth Deal. The deal will create new jobs, protect existing ones and extend economic opportunity to communities, families and individuals throughout Ayrshire.” 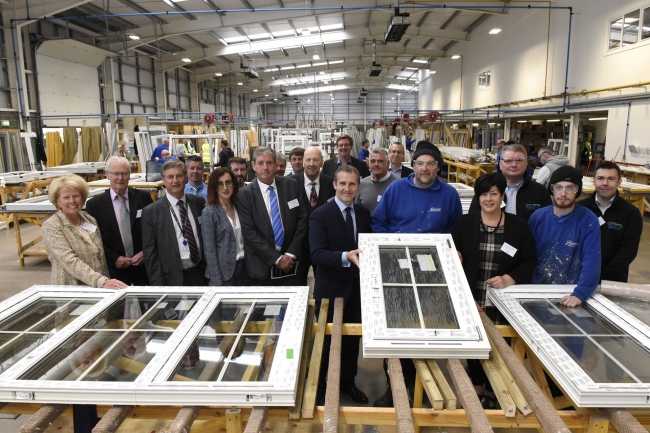 Councillor Elena Whitham, Depute Leader of East Ayrshire Council concluded: “We’re delighted to have reached this stage with Moorfield Park – with four local businesses expanding and thriving here, it proves our faith in the market demand was justified. By providing newbuild, flexible accommodation, we’re not just helping those businesses, we’re also freeing up supply of smaller units elsewhere in the area and providing new job opportunities as the companies expand.