With the end of 2018 approaching, Jordan has made a late dash for the AMI UK Manufacturing Apprentice of the year. An accolade awarded to the very best apprentice of the 12 monthly winners in 2018. 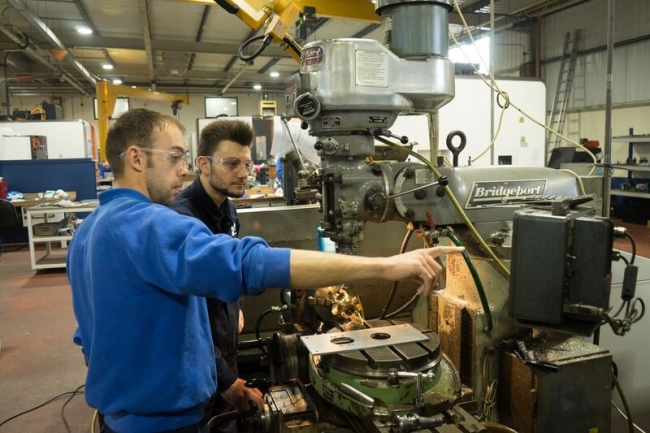 Upon collection of his prize, Jordan said, “Winning the award for November was quite a shock!! This could not have been achieved without the workforce around me, every single person has always offered myself help, advice, and expertise about engineering. Winning this award could not have been possible without the help of the whole team at Tridan.”

Jordan was put forward for the award by machine shop manager, Paul Coupland. “We first met Jordan during a school field trip to Tridan. His enthusiasm at the time stood head and shoulders above the group. During his time with us Jordan has shown time and time again his desire to learn and improve and to do the best job he can, whether he is at work or supporting the company at various events,” added Paul.

Jordan is not only a hard worker inside the 4 walls of the factory, but is also promoting apprenticeships to other young people in the area. Jordan has attended various open evenings and events at one of Tridan’s local secondary schools promoting Tridan and their apprenticeship scheme. 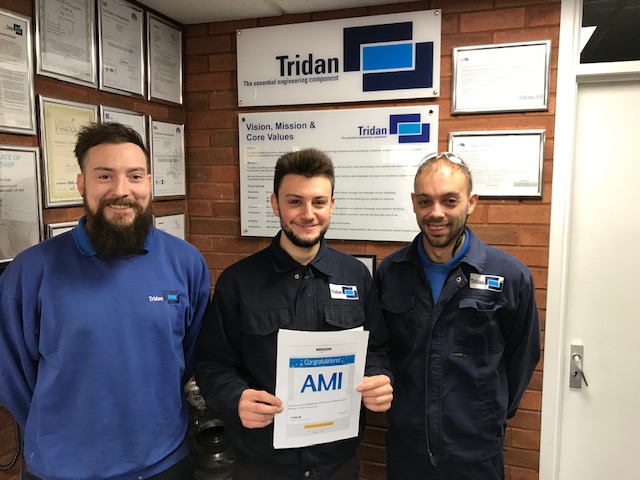 It is the passion that has developed through working at Tridan Engineering that has lead Jordan to excel in his role, “During my time at Tridan I have learnt vast amounts beyond my imagination. I have especially enjoyed taking part in a school project, this involved not only designing and making parts from scratch but presenting the parts to the local school and meeting students that aspire to be engineers,” said Jordan.

Tridan Engineering Ltd was established in 1968 and provides a total outsource partnership and machining service to companies in the UK, Europe and USA, many of these leaders in their respective fields. The company currently employs 70+ staff.