The high cost and low efficiency of producing hydrogen from our most abundant energy source, sunlight, is being tackled by scientists at Heriot-Watt University.

Hydrogen has a critical role to play in the UK’s energy future, with demand set to reach up to 860 terawatts (TWh) per year by 2050. Currently, the UK can only produce around 27 TWh of hydrogen power per year.

Converting sunlight to hydrogen is one of the most attractive approaches to meet the growing demand for hydrogen in the UK, because it provides a route to harvest the energy from the sun and is ‘clean’ and carbon-neutral. 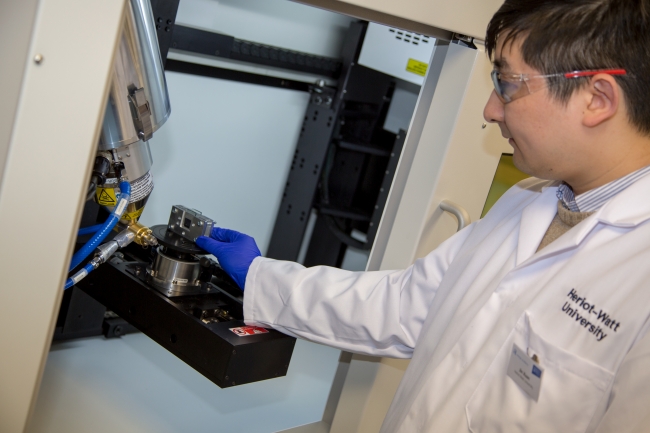 Dr Jin Xuan, assistant professor of mechanical engineering, and the associate director of Research Centre for Carbon Solutions at Heriot-Watt University, is working to solve the main challenges of solar hydrogen production: its high cost and low efficiency.

Dr Xuan and colleagues from Yale, the City University of Hong Kong and the East China University of Science and Technology are developing a new system to produce hydrogen from solar energy using a technique known as photoelectrochemical (PEC) water splitting. The technique uses solar energy to split the hydrogen and oxygen in water, and collect the hydrogen as a renewable energy source.

Until now, a minimum supply of 1.23 electron volts (eV) was required to split the water, and only small part of sunlight, the UV range, could be used, meaning the rest of the spectrum’s energy was wasted.

Dr Xuan’s team has lowered the energy requirements of PEC water splitting to 0.35 eV, by developing a pH-differential design. By changing the pH of each electrode individually, the scientists change the whole thermodynamics of the process, meaning a wider spectrum of sunlight and much cheaper materials can be used.

The innovative microsystem generates unique microfluidic patterns to accommodate the pH differential, and acid and alkaline electrolytes can coexist in a single cell. The new system will reduce the cost of PEC water splitting by around two thirds, and increase the solar to fuel efficiency by up to 20 percent. 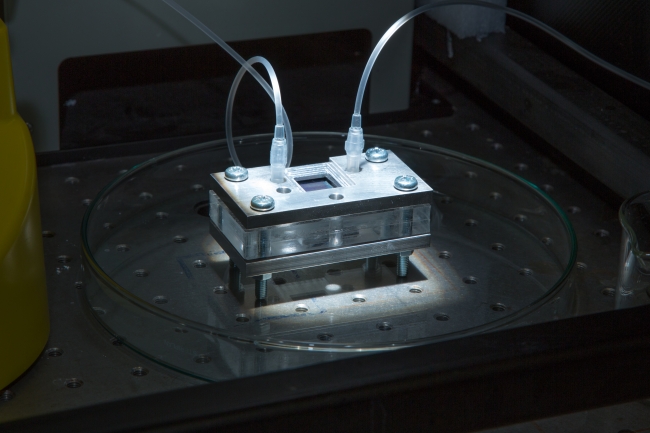 The technique uses solar energy to split the hydrogen and oxygen in water, and collect the hydrogen as a renewable energy source / Picture: Heriot-Watt University

Dr Xuan said: “This project offers the chance to make PEC water splitting a viable route for hydrogen production. The main barrier to solar hydrogen production in the UK, and globally, is its high cost – it costs twice as much to produce as energy from wind and biomass.

“Our system will use cheap, widely available materials that mean the technology can be easily scaled up to meet the growing demand for hydrogen fuel. We have already proved that this system has potential. We’ve applied a similar design strategy in a number of energy devices, such as fuel cells and batteries.”

Hannah Smith, senior policy manager at Scottish Renewables, added: “Innovative projects like these show just how versatile our renewable energy resources can be. Renewable-fuelled green hydrogen can be used to store and transport electricity, to heat our homes and to fuel vehicles, making it a useful tool as we work to decarbonise our energy system.

“At this time of fundamental change in our energy sector, innovation becomes all the more important. Continued support for research and development is critical if these technologies are to reach commercialisation and deliver real impact across our energy system.”

Dr Xuan’s project was funded by the Engineering and Physical Sciences Research Council, and is conducted in partnership with Yale’s Energy Sciences Institute, the City University of Hong Kong and East China University of Science and Technology.