Despite a high degree of volatility from month to month and process to process, the overall value of the UK contract manufacturing market held steady in the third quarter of 2018.

The Contract Manufacturing Index (CMI) for Q3 was just 1.3% down on the previous quarter and 3.7% up on the equivalent period in 2017 / Picture: Getty/iStock

Other areas, including contract electronics manufacturing, toolmaking and moulding, were up by 46% and now represent 13% of the total.

There was significant variation from month to month. July saw a high level of demand, which dropped off in August and started to recover in September.

Commenting on the figures, Qimtek owner Karl Wigart said: “These are interesting figures that show the overall market remaining healthy but vulnerable to shifts in demand and strategy. In general, the latest figures have followed a similar pattern to the CIPS Markit purchasing index.

“It is encouraging to see that the market has gone up by nearly a fifth since the Brexit vote, although the underlying reasons are hard to determine. It could be that business is generally more buoyant, or it could be down to a structural move as OEMs position themselves to be more flexible by outsourcing more of their production to avoid capital investment and taking on staff.” 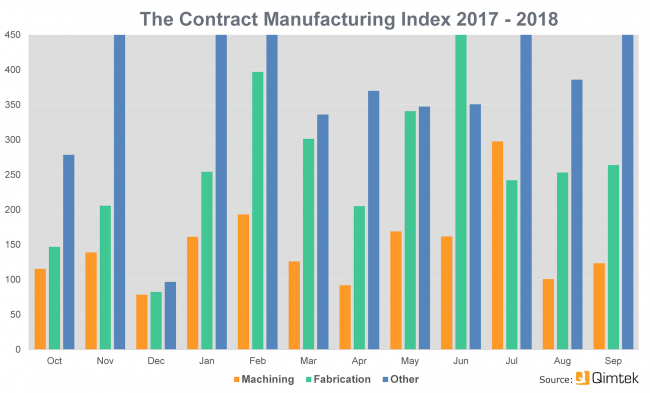