A significant regeneration scheme that could create around 1,600 new jobs in Sunderland has taken another step forward.

Backed by Legal & General, the site of the former Hillthorn Farm in Washington will see £60m of investment through the creation of a major business park. The park will create space for industrial, storage and distribution businesses, and support Sunderland’s economic growth, with the site expected to create 620,000 sq ft of business premises.

A range of technical studies are currently being prepared on the 25-hectare site, and once complete, they will support a planning application, which if approved could see development start on site as soon as 2021. A public consultation to seek the views of local residents is also underway. 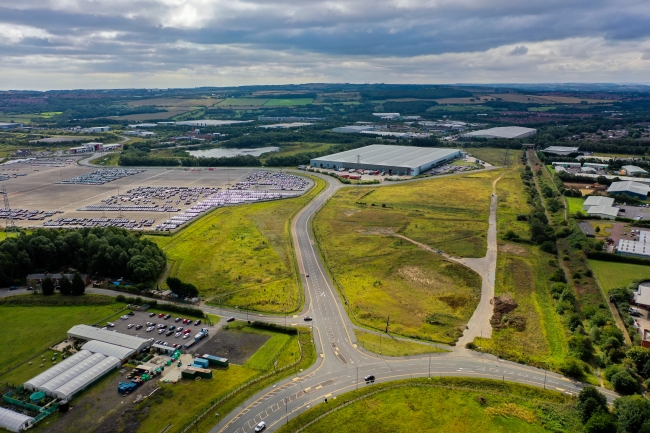 The business park will sit alongside the existing Vantec operation, which has been on site since 2016, and if all goes to plan could be built out by 2023.

Hillthorn Park is an allocated employment site, which means that it has been earmarked for development for some time. Legal & General’s proposals will accelerate the transformation of the Washington site, part of which has already been designated Enterprise Zone status, identified by the government and the North East Local Enterprise Partnership (LEP) in 2012 as key locations for new economic development.

The site’s status as an Enterprise Zone brought with it major investment – through funding from central government, the North East LEP and the European Regional Development Fund (ERDF) – in new infrastructure and enabling works, which will support the rapid delivery of the development, ensuring Hillthorn is ready for immediate economic development.

Councillor Graeme Miller, leader of Sunderland City Council, said: “We have developed a strong partnership with Legal & General in Sunderland.  We are seeing that come to fruition very quickly on Riverside Sunderland, and expect Hillthorn Park to move ahead with the same pace and vigour as the city centre. We know residents are delighted to see this site being developed in a way that will create jobs and prosperity, and we’re pleased to be working with Legal & General to move this forward.”

Paul Edwards, director of asset management at LGIM Real Assets, said: “We are moving forward at pace with our plans for Hillthorn Park, which we know will bring opportunity to local businesses and people, something we are absolutely committed to. We understand Sunderland’s vision and we support it. Developments like this will complement the existing economy in the city, creating speculative space that we know will appeal to the market.”