I understand
Home••Tharsus to increase capacity as...

Tharsus to increase capacity as it completes £3m investment

Tharsus Group has announced further significant investment in its design and manufacturing facilities in Blyth as 85% revenue growth reported for 2018 reflects the global opportunities that it has developed.

Autumn 2019 will see the Group quadruple manufacturing capacity for advanced machines and robots (AMRs), as it completes a £3m move to new headquarters. This establishes a world-class design, development and New Product Introduction facility in the Group’s home town of Blyth, Northumberland. The move is in direct response to significant revenue growth across current customers, as well as increased capacity to meet demand from new customers. 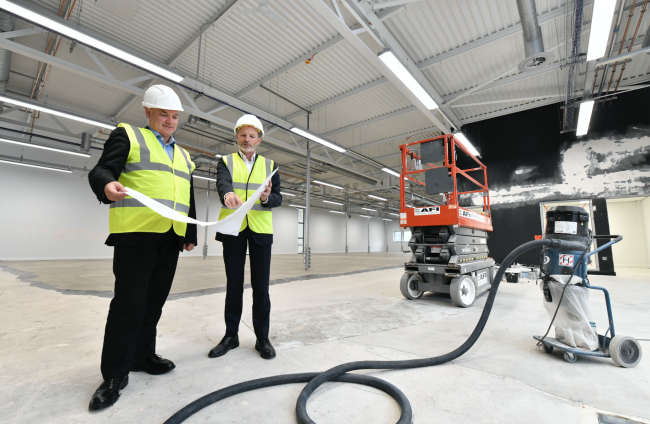 Tharsus will quadruple manufacturing capacity for its advanced machines and robots, as it completes a £3m move to new headquarters / Picture: Tharsus

The Group comprises of Tharsus, a full product design, manufacture and aftermarket servicing company which works with customers to design and build AMRs and its sister company Universal Wolf, a leader in complex fabrication.

Universal Wolf has benefited from a rebranding exercise during the year as its revenue increased by 22.4% and it became established as the new disruptive brand in its sector. To support growth, Universal Wolf also invested £590,000, mainly in plant and machinery.

A company spokesperson said Group EBITDA of £1.0m was similar to the prior year reflecting the investment decisions made in the year to pursue the growth opportunities. Investments have been made in additional colleagues and infrastructure to ensure that the business continues to manage such growth effectively.

Overall headcount has risen from 216 to over 300 today, with new talent adding experience and capability to every specialist area of the business with the investment strategy reflecting accelerated demand for Tharsus designed and manufactured AMRs.

Universal Wolf is preparing for continued future growth through the imminent introduction of a second factory in 2019, which will almost double their footprint from 35,000 sq ft to 68,000 sq ft.