The Yorkshire manufacturer helping to bridge the skills gap

One of Yorkshire’s fastest growing manufacturers is taking matters into its own hands to help bridge the skills gap by helping to inspire 1,500 young people to consider a career in industry.

Lambert, a leading provider of high-value automation systems, equipment engineering and precision components, reached the milestone figure recently after throwing open the doors of its Tadcaster factory to showcase life as a modern-day engineer.

More than 200 primary and secondary school pupils and college and university students descended on the firm’s Tadcaster site and were given a taste of bionics, augmented reality, robotics and the virtual cave thanks to AMRC’s specialist MANTRA exhibition. 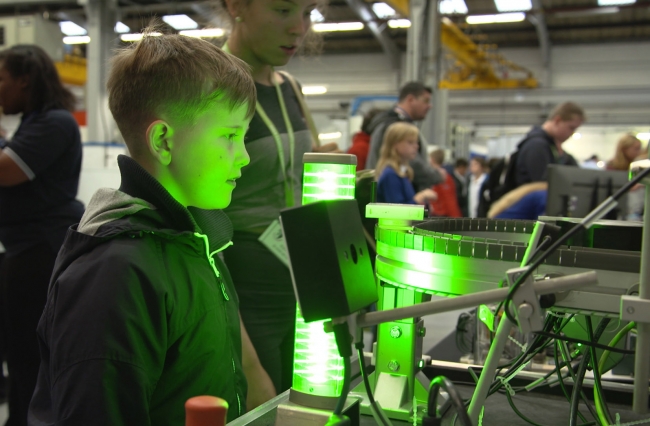 Lambert opened the doors of its Tadcaster factory to showcase life as a modern-day engineer / Picture: Lambert

The ‘Future of Engineering’ event, which was backed by partners Balluff, Bosch, Cognex, EEF, Festo, Medasil, MPM Composites, Rockwell Automation and Siemens, was held as part of the inaugural Leeds Manufacturing Festival.

Visitors were also able to experience augmented reality, robotic football and test their skills on a digital foosball table, one of the Lambert apprentice projects.

Warren Limbert, Managing Director of Lambert said: “We have just recorded our best ever year, up 20% on the same period in 2017. Consumer confidence in capital investment across food and beverage, confectionary, fast moving consumer goods (FMCG) and medical is buoyant and that is good news for our business with a 5-year plan in place to achieve double digit growth year-on-year.”

“However, to deliver the high-quality production equipment we are renown for, we need to continue to attract the best talent and develop our own engineers and application specialists.

“The ‘Future of Engineering’ event is a fantastic way of achieving this by showcasing the Lambert brand in line with the wide array of amazing technologies that will drive manufacturing forward in the future. We currently employ eight apprentices and will be looking to recruit a further four over the course of the next twelve months.”

Employing 170 people across its facility, Lambert is one of Tadcaster’s largest employers and a strong supporter of building links between industry and academia.

This has been across work experience placements, factory tours, open days and apprenticeship/graduate employment, with the latest event taking the number of young people it has engaged with to over 1500 during the last five years. 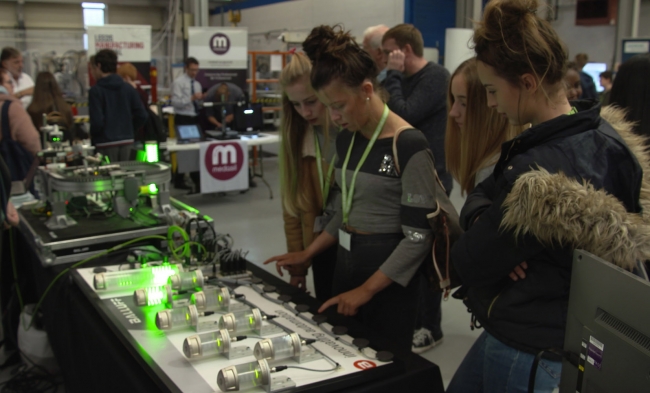 The latest event takes the total number of young people it has engaged with to over 1,500 during the last five years / Picture: Lambert

Lambert’s Madeleine Lee played a key role in shaping the ‘Future of Engineering’ Event. She added: “We recognise the importance of inspiring young people to consider a future in manufacturing and the best way to do this is to give them a first-hand insight into the sector today and change the misconception that it is a dirty industry. There’s a whole host of career opportunities linked to state-of-the-art technologies, such as virtual reality and 3D printing.

“The event was completely hands-on and attracted pupils as young as seven and those currently studying their degrees. They all had the chance to tour our factory, look at some of the machines we build and ask questions about careers and what they could do in the future.”

“It was important we got our apprentices involved, with our first years helping out with the exhibitions, including the AMRC’s STEM team with their Marty Robots, whilst our more experienced apprentices designed and built a hands-on interactive light game that tested people’s response times.

“We also held a ‘talking corner’ where visitors were encouraged to ask apprentices and staff about life working at Lambert and the manufacturing sector in general. On hand were Electrical Engineering Manager Roy Jewitt, a former Lambert apprentice with 34 years’ continuous service and Nick Green, who started as an apprentice 22 years ago and is now our Production Director and part of The Manufacturer’s Top 100.”