Tonejet, the manufacturer of advanced electro-static drop-on-demand digital print engines, has opened the doors to its new facility in Melbourn, Hertfordshire. The new space represents a milestone in Tonejet’s journey, allowing it to ramp-up manufacturing to meet worldwide orders for its unique Cyclone direct-to-pack digital printing systems.

Every aspect of Tonejet’s Cyclone printing system, which provides low cost short-run digital decoration for beverage cans, is assembled and tested in-house at the new premises – from the novel surface priming system to the digital print engine itself. 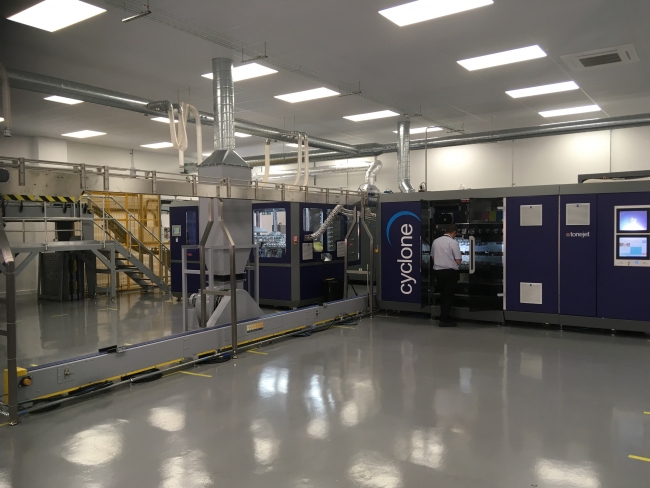 Rob Day, CEO at Tonejet, said: “After many months of hard work, we’re really excited to announce our new manufacturing facility. The location gives us both scale and efficiency as we continue to grow and develop.

“The space is ideal both as an R&D hub and operational centre, allowing our ink chemists, printhead technologists and printer engineers to work alongside their colleagues in production and customer support – I don’t think we could have found a better home. The new 1300 square meter space has allowed us to add the necessary de-palletizer, curing oven and re-palletizer units to test and demonstrate a full, end-to-end can printing line, while allowing our customers to visualise exactly how our products fit into their operations and their businesses.”

With a clear vision for the future and an initial focus on craft beverage brand-owners, contract fillers and packaging suppliers, Tonejet is committed to digital print for the transformation of packaging printing: eliminating waste, shortening supply chains and slashing production costs.