Amies Plastics, believed to be the UK’s oldest plastics manufacturing company, will celebrate its 90th birthday this year. Founded in Sheffield in 1929 as a compression moulding company, using phenolic resins including Bakelite, it has carried founder Bill Amies’ name ever since.

In April the company treated itself to a birthday gift that looks to the future more than the past; two ARBURG machines, combining two new ARBURG Thermolifts for conveying and drying plastic granulate. 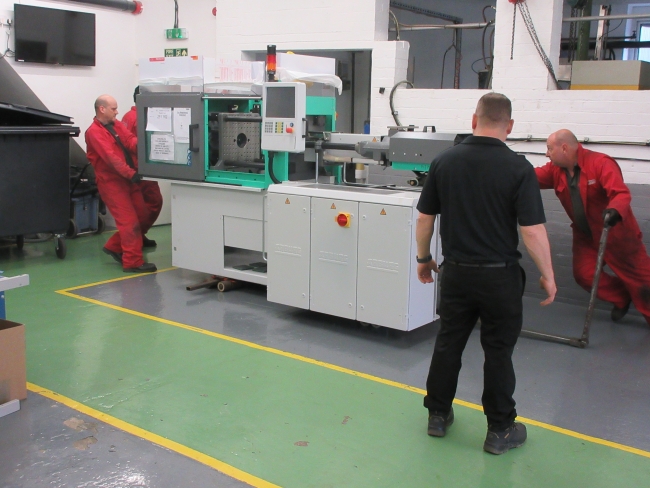 Phenolic resin/Bakelite was the only thermosetting plastic material available in the late 1920s, moulded into shape using the compression moulding technique. From day one, Amies made cooking handles and knobs, telephone and electrical components, ashtrays, dominos etc. – a range of every day goods for which a mould could be made.

Amies Plastics managing director, Bob Ball said: “There are companies today manufacturing plastic components that were incorporated pre-1929, but they have evolved from metal bashers and printers, whereas Amies has only ever made plastic parts.”

The Shepley family has been involved in Amies since the beginning, with Jack Shepley joining the management team in 1933. In 1936 Jack’s son Frank, father of present day chairman Chris Shepley, joined the firm. By the late 1930s the company was producing a range of parts for the Allied Forces in World War II.

Today the £3.5m turnover company is based in Chesterfield and manufactures injection moulded products for the automotive, plumbing, general engineering and medical sectors and remains a family-owned company. It has developed its medical devices segment strongly and has earned both ISO 9001-2015 and ISO 13485-2016, the medical hand-held device standard, accreditations.

Amies’ reputation is in the manufacture of small components in technical polymers (LCP, PPS, PEEK, Polysulphone, and PVDF), where its machines range from 15T to 200T clamp force. “The business plans to stay in the niche “added value/engineering field”, but with an emphasis of continuing to develop and expand our medical offer,” says Bob Ball. “We also wish to stay privately-owned, within the Shepley family.”

The two new injection moulding machines, commissioned in June, are part of Amies’ continuous investment strategy that aims to make the company at least as good as its competitors and “mostly much better”, by using the newest and most highly specified machinery available and investing in training. The bulk of Amies’ 20 moulding machines are in the 40-60 tonnes range. The two new machines are replacing two older models of the same size.

Specialising in small, highly accurate parts for medical applications, it is the company’s policy to calibrate its moulding machines regularly, a service that ARBURG Ltd provides. Amies has a small maintenance team, operating a Planned Maintenance Programme, but it does not have the expertise to carry out all the checks that determine the machines’ key performance elements.

Managing director of ARBURG Ltd, Colin Tirel, added: “ARBURG Ltd wish Amies all the best in their 90th year in business and we wish them many more successful and profitable years to come,” said. “We are delighted to have been a strong partner through the years offering Amies the cutting edge technology and support that has assisted in their growth and we look forward to building on this partnership long into the future.” 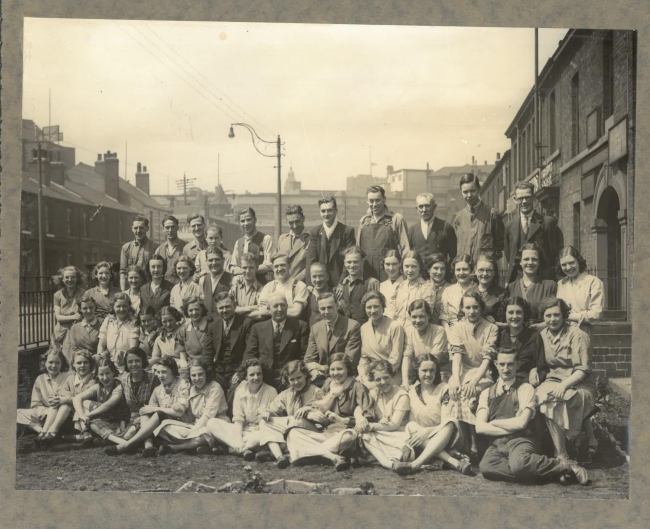 Employees of W.E. Amies & Co. Limited, in 1939. Amies is thought to be the oldest plastics manufacturer in Britain that was founded as a thermoplastic moulder / Picture: Amies Plastics