William Cook is to recruit another dozen apprentices after the last intake progressed to full-time roles at the engineering group.

The Company is supporting a number of its most recent apprentices on foundation degree courses as part of its growth strategy.

These combine working with studying part-time at a university, giving young people the chance to acquire valuable knowledge and understanding while earning money at the same time.

The new recruits will have the chance to work on high-value products in the transport, defence, energy and structural steel markets. 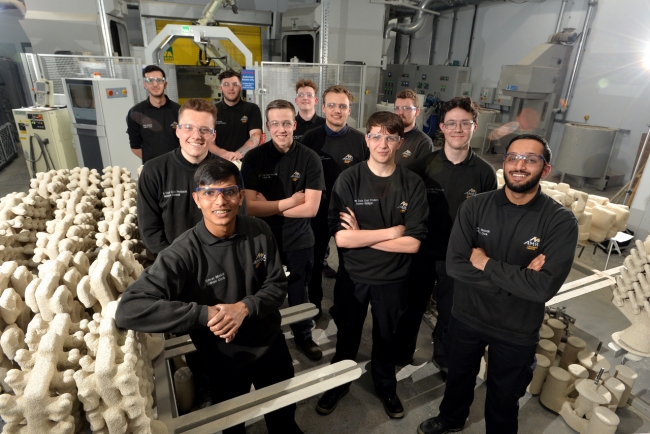 William Cook is to recruit another dozen apprentices after the last intake progressed to full-time roles at the engineering group / Picture: William Cook

Chairman, Sir Andrew Cook, said: “A maxim of mine is ‘If you want to stay in business, you must be the best in the business’. This requires capital: financial capital, machinery capital and human capital. Of the three, the human capital is the most important. Young people must be given jobs and trained well if a business is to survive and prosper. They must be motivated and enthused.

“Too often I see people, young and old, hiding behind a computer screen. This is no good. Repeatedly I have pledged to be the ‘last man standing’ in the real world of manufacturing. Manufacturing not will o’ the wisp software or discretionary disposables, but hard products of fine quality and engineered to work.

“The human capital of our apprentice schemes is the most important element of this, but this comes with a price: a price which has to be built into the product if there is to be long-term continuity in the life and health of the business.”

It is an acknowledged world leader in specialist structural steelwork for prestige construction projects such as Tottenham Hotspur’s new stadium at White Hart Lane in London.

The Company has won accolades for its development of new industry talent including Shivan Morkar, who was named Winner of the Engineering / Manufacturing Apprentice of the Year, sponsored by Openreach, at last week’s Sheffield City Region Apprenticeship Awards. He previously won AMRC Training Centre’s Apprentice of the Year in March.

Mr Morkar is among the former apprentices who are now studying foundation degrees through William Cook.

He is currently working as a CNC machinist at the group’s £15m rail plant in Leeds and is studying for his mechanical manufacturing degree.

Other success stories include Harrison Bonsall and Adeel Hussain, both now beginning degree courses with the Company, and Jack Mezulis, who has been appointed methods engineer at the £8m Precision plant in Sheffield.

All new recruits are gaining vital experience and mentoring under the guidance of skilled craftsmen across the group’s newly modernised sites in Sheffield, Leeds and Stanhope in County Durham.

William Cook is recruiting 12 more apprentices to begin in September and is continuing its partnership with the AMRC Training Centre in Rotherham.

It has developed a new alliance with the National Foundry Training Centre, part of the new Elite Centre for Manufacturing Skills, which is based in Wolverhampton.

The new recruits will be selected on the basis of their enthusiasm for engineering, willingness to work and educational attainment.