The world’s first hydrogen-powered double decker bus has been unveiled in Aberdeen.

As part of a fleet of 15, the zero emission buses made by Ballymena-based Wrightbus will be spotted around the city for several weeks during a period of final testing, with the vehicles expected to be in service in November 2020.

The buses are as efficient as electric equivalents, with refuelling taking less than 10 minutes and offering a greater range. Water is the only emission from the vehicles which reduces carbon emissions and continues to contribute to the city’s commitment to tackling air pollution. 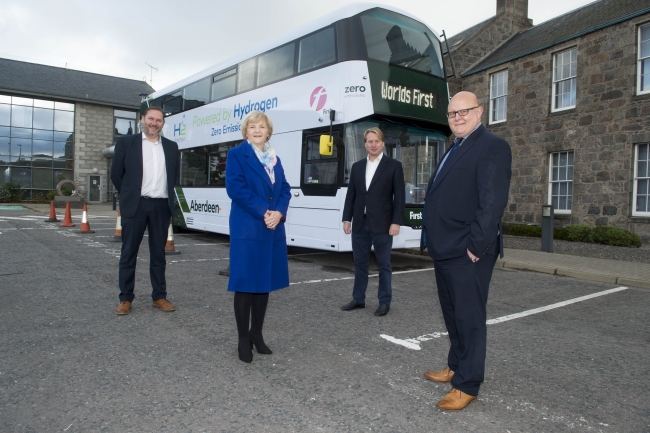 The UK’s first hydrogen production and bus refuelling station was opened in Aberdeen in 2015, as part of a £19m Aberdeen City Council-led green transport demonstration project, testing the economic and environmental benefits of hydrogen transport technologies.

“And these buses represent much more than Aberdeen striving to reach a clean air, zero-carbon future. They represent the start of what could be a world-leading hydrogen economy here in Scotland which will bring with it multi-million pound investments and tens of thousands of jobs.”

The news comes days after Wrightbus secured an order for 20 hydrogen buses from Birmingham City Council in a pilot that will see the zero-emission hydrogen fuel-cell double deckers introduced with National Express West Midlands from April 2021.

It’s intended that the Birmingham pilot will be the catalyst for the next generation of hydrogen buses, hydrogen production and re-fuelling infrastructure development. Birmingham City Council has also collaborated with ITM, who will be producing and dispensing the hydrogen fuel from the new re-fuelling hub at Tyseley Energy Park. 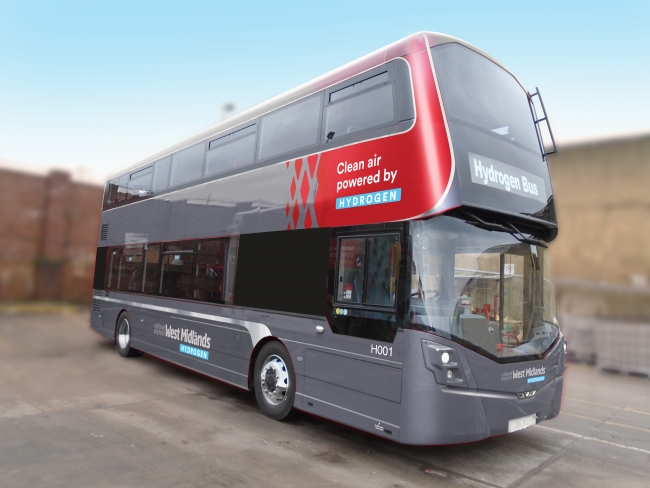 Wrightbus is manufacturing 20 of the world’s first zero-emission hydrogen fuel-cell double decker buses for use in Birmingham / Picture: Wrightbus

Hydrogen buses consume four times less fuel in comparison to standard diesel buses, covering 300 miles on a single tank and with the ability to refuel within 7-10 minutes. Each bus is expected to save up to 79.3 tons of carbon dioxide emissions per annum.

“It has taken us two years to get to a point where we can ensure commercial viability for this type of fuel cell technology and is great news for our city and the rest of the region. This pilot is a significant step towards our net zero carbon target and will provide Birmingham with a leading role in informing debate on supportive policies for zero emission public transport at a local and national level.”

Once launched, Birmingham’s Clean Air Hydrogen Bus Pilot will be monitored and reviewed to ensure the ongoing commercial and operational viability of hydrogen buses, and to enable a continued roll out of hydrogen fuel cell technology within bus fleets.

Tom Stables, managing director, National Express UK, said: “National Express West Midlands announced earlier this year that our entire bus fleet will be zero-emission by 2030 and we are already operating 29 fully electric buses in Birmingham, Solihull and Coventry. By operating hydrogen double deckers in service in Birmingham, we will learn which routes lend themselves to hydrogen buses and what the mix of vehicles in our fleet should be going forward.”