Three of the High Value Manufacturing Catapult Centres – the Manufacturing Technology Centre, the National Composites Centre and the Centre for Process Innovation – are playing a major role in a ground-breaking project to develop the world’s first unmanned variable buoyancy-powered ultra-long endurance aircraft.

The autonomously-controlled Phoenix aircraft has undergone successful test flights and has the potential to take the lead in the world development of pseudo-satellites. 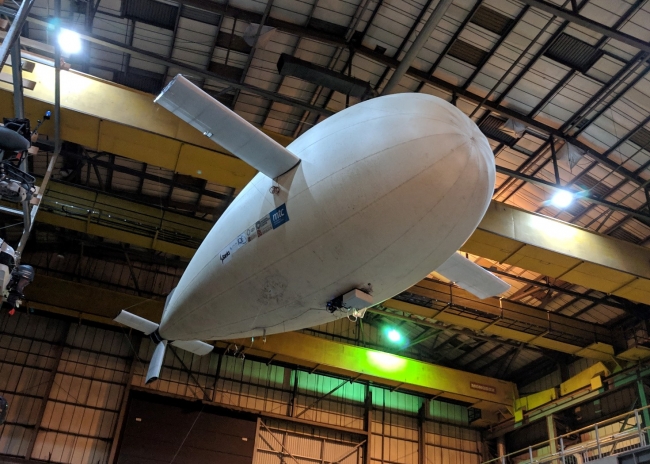 Pseudo-satellites are able to fly, remotely-controlled or autonomously,  at very high altitudes for long periods of time – often months. They can fly above commercial aircraft routes and above turbulence and moisture. They complement conventional satellites and can be used for earth-mapping, scientific observation and intelligence gathering.

The 15 metre-long Phoenix spends half its time as a heavier-than-air aeroplane and the other as a lighter-than-air helium balloon. The repeated transition between these two states provides its sole source of propulsion.

MTC technology director Ken Young said: “The variable-buoyancy propulsion technology has been used before for remote controlled underwater vehicles but has never been used for the propulsion of a large aircraft. The power for moving the flight-control surfaces, the valves and pumps come from a battery charged by an array of lightweight flexible solar cells,” he said.

He added, “The technology involved in this project is truly cutting-edge and has the potential to take the UK into the lead when it comes to this kind of innovation.”

The High Value Manufacturing (HVM) Catapult helps UK businesses of all sizes accelerate new concepts to commercial reality. Working through seven world-class centres of industrial innovation, we provide access to the specialist equipment and expertise you need to help investigate new technologies and processes and test their application. We can also help you to improve existing processes. We’re here to help you strip away the risks of innovation and make investment decisions when you are confident that an idea can be scaled up to deliver on a commercial scale.