As widely reported, the UK has committed to reaching net zero greenhouse gas emissions by 2050. The transport sector is a major contributor to emissions – and the main driver of dangerously high levels of air pollution in many towns and cities.

A new report from the Centre for Policy Studies (CPS), Britain’s leading centre-right think tank, argues that the approach to transport decarbonisation must not leave certain vehicles behind, and in doing so, forfeit significant future economic opportunities.

The think tank is urging the government to ensure progress is made on cleaning up not just cars, but heavy duty vehicles as well – including buses, trucks, trains and ships – where hydrogen power can be a suitable alternative to electric batteries, and include this approach in the overarching strategy being developed by the Department for Transport. 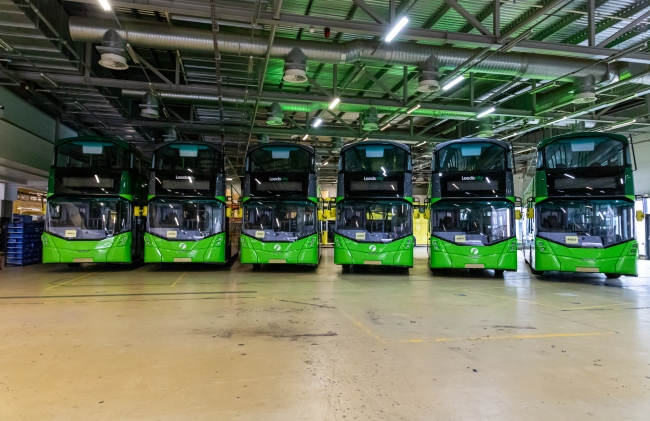 A new report highlights a significant opportunity for a hydrogen strategy to decarbonise the UK’s transport network / Picture: Ryse Hydrogen

‘Driving Change’, authored by Eamonn Ives, calls for hydrogen to be given a much bigger role in transport decarbonisation by using the UK bus fleet as a testbed for the technology. Embracing hydrogen would also give Britain an opportunity to lead the world in a vital sector and create thousands of green jobs – at a time when other economies are moving quickly to seize the global hydrogen market.

On 27 May, for example, the EU announced plans to establish a €10bn fund to develop renewable energy and clean hydrogen projects and significantly increase the number of hydrogen vehicle charging refuelling stations by 2025.

The report also points out that Britain will likely need a hydrogen infrastructure to help decarbonise other sectors, such as domestic heating and industrial processes.

The report contains a range of specific recommendations, including:
• Setting out a UK-wide hydrogen strategy before COP26, and establishing a cross-departmental working group
• Ensuring that Britain develops an adequate hydrogen infrastructure, including investment via the government’s clean energy funds
• Setting a target of 2038 for the UK bus fleet to become zero-emission
• Developing individual strategies within the transport decarbonisation plan for decarbonising HGVs and LGVs, buses, trains, shipping and aviation
• Reforming the bus service operators grant and renewable transport fuel obligation
• Introducing clean air targets in line with WHO guidelines and strengthening clean air zones

Jo Bamford, founder and chief executive of Ryse Hydrogen, said: “This report is further evidence that hydrogen’s time is now and that we need support for UK industry, UK jobs, and a product which can be made and used entirely on these shores.

“If we fail to act, we will become importers rather than exporters of another green technology required to get us to net zero, just as we did with wind turbines and batteries. It’s simply a matter of which country will be the first to capture the industrial opportunities of acting first. China, Australia and Germany to name a few are all moving quickly, and only last week the EU announced a multi-billion Euro package to support green hydrogen infrastructure.

“With hydrogen-electric buses entering service in major UK cities this year, the UK is primed and ready to lead the race.”

The Rt Hon. Grant Shapps, secretary of state for transport, added: “As we begin the road to recovery from Covid-19 and rebuild our economy and infrastructure I am clear we can’t just go back to how we were before. We have the opportunity to create a more prosperous, stronger and greener country and transport will be at the heart of that. Therefore, I welcome the work done by the CPS and others to come up with new and innovative ways to deliver on this government’s ambitious decarbonisation agenda.”