Gordon Murray Automotive has unveiled its T.50 supercar in full for the first time. Engineered to be the “purest, lightest, most driver-centric” supercar ever, only 100 exclusive models will be built at its Surrey-based production site.

Improving on his acclaimed McLaren F1 supercar of the 1990s “in every conceivable way”, Professor Gordon Murray CBE is leading the team that will begin building customer versions of the 986kg supercar in January 2022. With a price tag of £2.36m before local taxes, the T.50 will be powered by a bespoke 3.9-litre V12 engine from Cosworth that revs to a record-breaking 12,100rpm, and features the most advanced and effective aerodynamics ever seen on a road car – aided by a 400mm rear-mounted fan.

Murray’s T.50 design is the 50th in a distinct line of race and road cars he has penned over his 50-year career – both reasons combining to lend the T.50 its name. 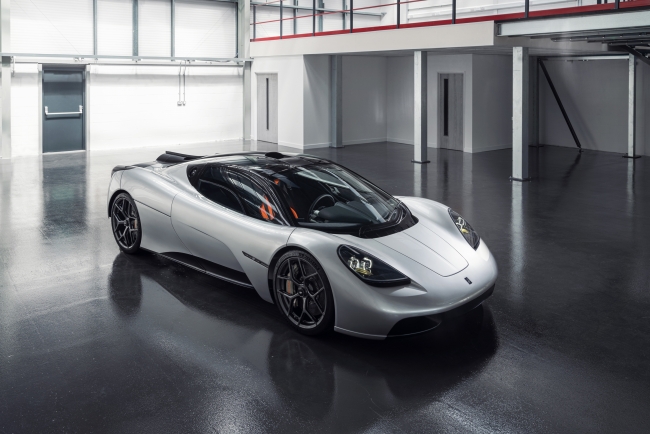 The most dominant characteristics of the T.50 exterior design are its purity and balance, free from the wings, skirts and vents found on most modern day supercars. Inside, the driver-centric approach is plain to see – from the central, jet fighter-like driving position, to the aerospace-grade primary and secondary controls arranged in an ‘ergonomic bubble’ around the driver.

All engineering, design and styling of the T.50 is carried out by Gordon Murray Design. British suppliers are responsible for every major component throughout the interior. Furthermore, all additional major components will be UK-sourced, including the powertrain, body and chassis – an attribute insisted upon by Murray who was determined the T.50 would be a true British sports car. 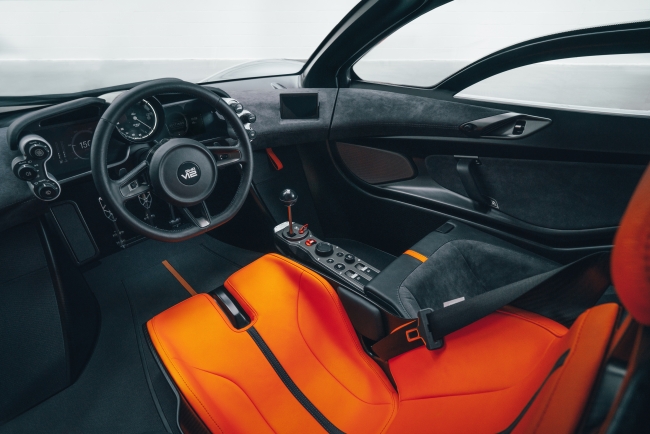 Professor Gordon Murray CBE, said: “Just 100 customers will share my vision, a car created to improve on the F1 formula in every conceivable way. With 30 years of technological and systems advancement, now, the time is right to design the greatest analogue driver’s car. I believe no other company could deliver what we will bring to market in 2022, producing this British supercar will be my proudest moment.

“To be truly remarkable, an engine needs to have the right characteristics: highly-responsive, an amazing sound, engaging torque delivery, free-revving, and it has to be naturally aspirated. For all those reasons, the engine in the T.50 was never going to be anything other than a V12.”

The bespoke V12 engine has been designed, developed and built exclusively for Gordon Murray Automotive by Cosworth Powertrain. The all-new engine will be the highest-revving and most responsive naturally-aspirated engine ever fitted to a production road car. The engine revs freely to a road-car record of 12,100rpm and develops 650hp and 450Nm torque. 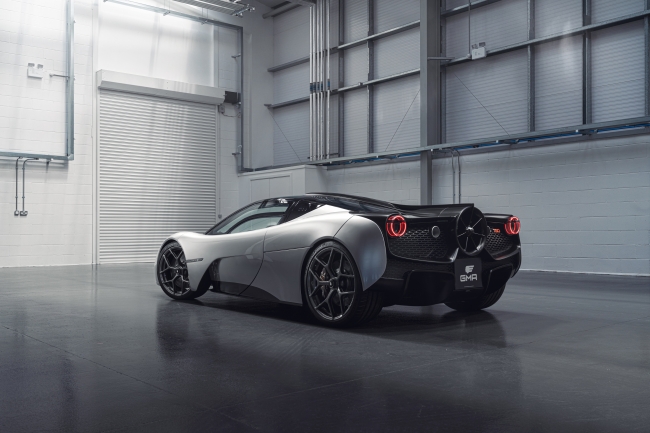 100 exclusive models of the T.50 will be built at its Surrey-based production site / Picture: Gordon Murray Automotive

Every T.50 customer has the opportunity to meet Murray to discuss their car and personalise it inside and out. Part of this process includes a seat, steering wheel and pedals ‘fitting’ session – personalised to every owner – that will ensure the T.50 is ergonomically perfect and individualised for each customer.

In designing the T.50, Murray applied one of his core supercar philosophies, reversing the traditional focus on power-to-weight, to instead consider the vehicle’s ‘weight-to-power’ ratio. In the T.50, every 100PS has to propel just 150kg of car, whereas for the typical supercar (1,436kg with 693PS) the weight it has to shift is 40% higher, at 207kg.

Murray concluded: “Weighing just 986kg, the T.50 undercuts the average supercar weight by almost a third. A heavy car can never deliver the dynamic attributes of a lighter car – even if it has the same power to weight ratio. While it is possible to disguise a heavy car’s dynamic capabilities with complex active suspension and sophisticated electronics, the agility, responsiveness and reward of a lightweight vehicle simply cannot be matched.”