Budweiser Brewing Group has announced a £115m investment to increase capacity and efficiency at two of its major UK breweries in South Wales and Lancashire.

Budweiser Brewing Group has a strong presence in the UK, brewing beers including Budweiser, Stella Artois, Corona and Bud Light. It has been brewing in Samlesbury, Lancashire since 1972, and Magor in South Wales since 1979, and is an important local employer in its communities, employing more than 1,000 people across the two sites.

The primary focus of Budweiser Brewing Group’s investment will be installing modern and eco-friendly infrastructure at both breweries to increase capacity in brewing, canning and bottling by a total of 3.6m hL (hectolitres), the equivalent of 630 million pints a year once all projects are complete. As a result, by the end of 2021, the company will have hired 55 new employees across both sites. 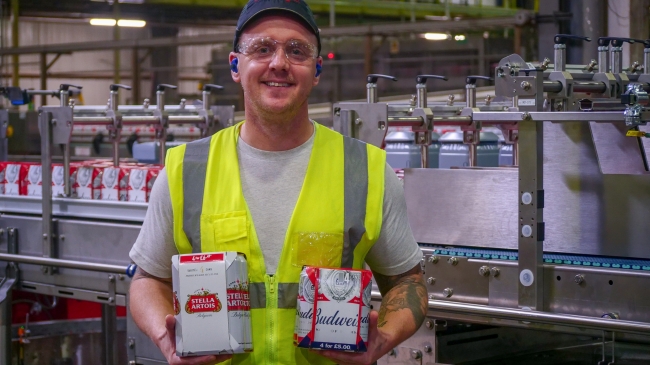 Its Magor Brewery in South Wales will see a £72m investment, increasing capacity by 1.6m hL. A new bottling line will be installed, along with eight new 8,000 hL fermenting units and an improved wort cooler, beneficial for beer quality, which will lead to significant energy savings of 40 million MJ a year. Brewery-wide efficiency improvements such as better chillers and increased line speed on several lines are also planned. 32 new jobs in operational and management roles will be created.

The company’s Samlesbury Brewery will receive a £45m investment, resulting in a 2m hL capacity increase. The installation of a new canning line for new sustainable plastic ring-free cans will increase canning capacity, alongside multiple modifications in brewing, utilities and logistics to increase brewing capacity. 23 new jobs in operational and specialist engineering roles will be created. The site will also benefit from brewery-wide efficiency and equipment improvements, including a boiler system upgrade.

These improvements will enable Budweiser Brewing Group to meet the growing demand for beer, which reached its highest sales levels on record last year in the off-trade (retail outlets including supermarkets, convenience stores, wines & spirits shops), seeing +19.6% growth in Q3, and +23.4% in Q4, according to Nielsen Scantrack data.

Paula Lindenberg, president, Budweiser Brewing Group UK&I, said: “Like many in the UK, we are focussed on a strong recovery of our economy, our communities and our country. By investing in our breweries with new roles and new technology to increase capacity, we’re ensuring that we can brew and deliver great beers for many years to come. We know the beer industry is hugely valuable to the UK economy, and we believe our investments in our UK operations will be a catalyst for the recovery post-Covid.” 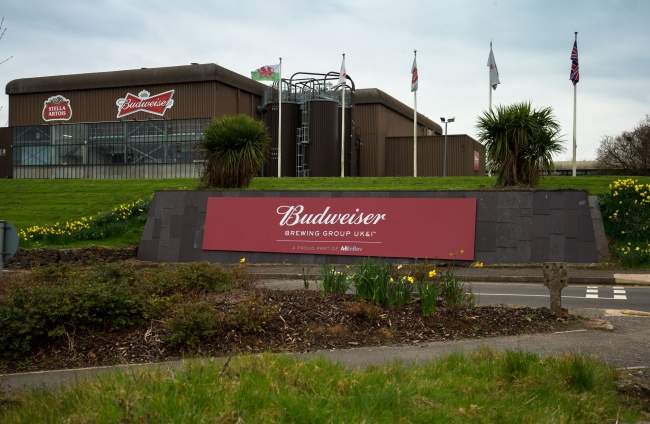 Following the investment, it will create 55 jobs and increase capacity to the equivalent of 630 million pints a year / Picture: Budweiser Brewing Group

Lloyd Manship, brewery manager at Magor Brewery, added: “When the brewery grows, South Wales grows with it. After the hardship of the last 12 months, it’s great to be able to share positive news and create new opportunities to support our community and local partners.”

Throughout the Covid period, the breweries were able to remain open and operational to keep Britain’s best-loved beers on supermarket shelves. Teams at Magor and Samlesbury were also quick to support the local communities around them, adapting production to create and distribute more than 10,000 litres of hand sanitiser and disinfectant for frontline workers in care homes, doctors surgeries, police and fire services, and other vital services.

Volodimir Kukuruza, brewery manager at Samlesbury Brewery, concluded: “It’s fantastic to be in the position to grow our brewery and our team. This ongoing investment makes us one of the most appealing employers in Preston, and we look forward to supporting the area to a strong recovery.”