GE Renewable Energy has announced plans to open a new blade manufacturing facility on Teesside. LM Wind Power, a subsidiary of GE, plans to set up and operate the plant which will be dedicated to the production of its 107-meter-long offshore wind turbine blades, a key component of GE’s Haliade-X, the most powerful offshore wind turbine in operation today.

GE Renewable Energy estimates that the new plant, set to open and start production in 2023, could create up to 750 direct renewable energy jobs and up to 1,500 indirect jobs in the area to support the entire value chain needed to operate the facility.

This announcement supports the UK government’s plan to develop jobs, infrastructure, and supply chains to reach its goal to commission 40 GW of offshore wind power by 2030. As part of that plan, Teesside has just been designated as one of the UK’s newest freeports. GE Renewable Energy is the first offshore wind manufacturer to invest in the Teesside port, with its new blade manufacturing plant to be located on Teesworks. 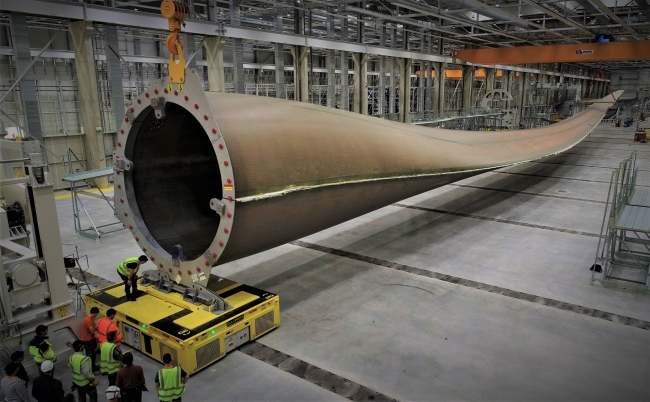 Jerôme Pécresse, president and CEO of GE Renewable Energy, said “This new plant will contribute to the development of an industrial cluster dedicated to offshore wind in the North East of England. We are delighted to announce such a commitment for the renewable energy industry, we believe it will help develop a strong talent pool through the hiring and more importantly training of future colleagues. The UK’s target to commission 40 GW of offshore wind by 2030 is ambitious and requires that we invest in local production capabilities to accompany this effort.”

Prime Minister Boris Johnson said: “Teesside will continue to drive forward our green industrial revolution as we capitalise on new opportunities to produce clean energy through a brand new offshore wind port on the River Tees. It will not only create thousands of jobs and harness the skills and expertise of this great industrial heartland, but also boost investment into the area as we build back greener.” 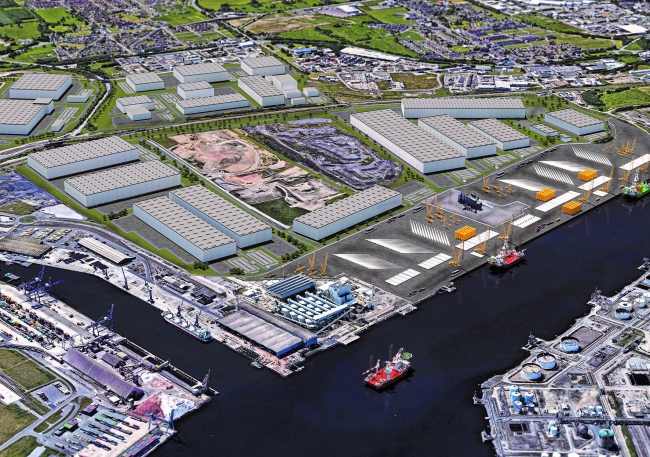 The Dogger Bank Offshore Wind Farm, which is located between 125 km and 290 km off the east coast of Yorkshire, will benefit directly from the blades produced at the new plant. The three phases of the Dogger Bank Wind Farm, powered by GE’s Haliade-X offshore wind turbine, will have a combined installed generation capacity of 3.6 GW, enough to power six million UK homes. When complete in 2026, it will be the world’s largest offshore wind farm.

GE Renewable Energy already employs close to 1,500 people at its UK facilities, with the majority located between Stafford (GE Grid Solutions) and its LM Wind Power engineering centre in Southampton. GE Renewable Energy has already announced an investment of $20 million in R&D and testing activities for its Haliade-X offshore wind platform – mainly in the UK – and continues to partner with ORE Catapult in Blyth on areas such as innovation, R&D and testing major components. GE is also working closely with its suppliers to develop a local sourcing base in the UK for some critical components of offshore wind turbines.