The new robots in the team from the Augsburg-based automation specialist feature repeatability of 0.04 millimeters, even at high speeds, making the KR CYBERTECH nano ARC robots predestined experts for applications requiring maximum precision – such as arc welding and applying adhesives or sealants. 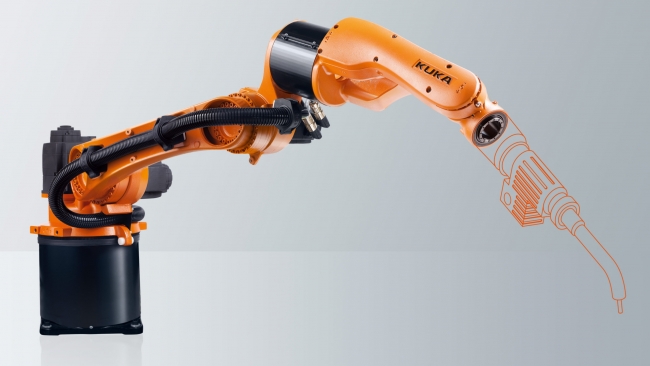 With the upgraded KR CYBERTECH nano series, KUKA is setting standards in the field of robot technology for continuous-path applications in the low payload category / Picture: KUKA

At the same time, the series is characterized by its long service life and the lowest maintenance requirements in the low payload category. For users, the total cost of ownership (TCO) is reduced to a minimum. This includes low operating costs due to maximum availability and reduced energy consumption compared with its predecessor.

In addition to the drive and control technology, the service and maintenance requirements have also been optimized. Individual axes, for example, are completely maintenance-free and spare parts are available for up to 25 years.

The robots can be used for a broad spectrum of applications: thanks to the small footprint and diverse installation options, they are also suitable for compact cells, complex tasks and challenging process chains.

Additional flexibility is provided by the innovative “K-PIPE-ES” energy supply concept with which KUKA customers are already familiar from higher payload categories. Separation of the system and application cabling makes integration into the production environment even easier and the equipment of the energy supply system more flexible. Additional axes and the new generation of positioners can be added to the configuration more easily.

Welcome to the family

The digital KUKA.Motion Modes allow the performance of the robots to be adapted to different tasks via the controller, e.g. with the “Dynamic Mode” for greater dynamic performance with reduced cycle times. “Path Mode” even comes as standard in the hollow-wrist robots together with so-called absolutely accurate calibration for application-optimized continuous-path motion. Both options are also available for in-line wrist robots.

Best results right from the outset

“No matter what tasks you use the latest-generation KR CYBERTECH nano for, the robots offer outstanding results right from the outset and can be optimally adapted using the flexible K-PIPE energy supply system and the KUKA.Motion Modes,” says Markus Hollfelder-Asam, Portfolio Manager at KUKA. “We have developed the series specifically for the latest KR C5 controller generation from KUKA, which taps the full potential of this new overall system. A powerful and flexible overall package.”

The product series also features – as standard – protection against dust and water in accordance with IP 54 for the hollow-wrist robots and even IP 65/67 (main axes/wrist axes) for the in-line wrist robots. “Integration of the KR CYBERTECH nano is really easy for companies thanks to the standardized mounting surfaces for accessories and identical footprint to that of its predecessor,” says Markus Hollfelder-Asam. “The installation of welding equipment is also uncomplicated. Once again, it can be adopted from the predecessor thanks to the identical mounting points.”