British Steel has announced it is investing £100m throughout 2021 to support the next stage of its transformation.

The company, which has returned to profit after being brought out of liquidation by Jingye Group 12 months ago, will focus the investment on improving its manufacturing operations and supporting clean growth.

The money will help finance projects including a new billet caster, a scrap pre-heating facility, cranes and a new environmental emission control system. 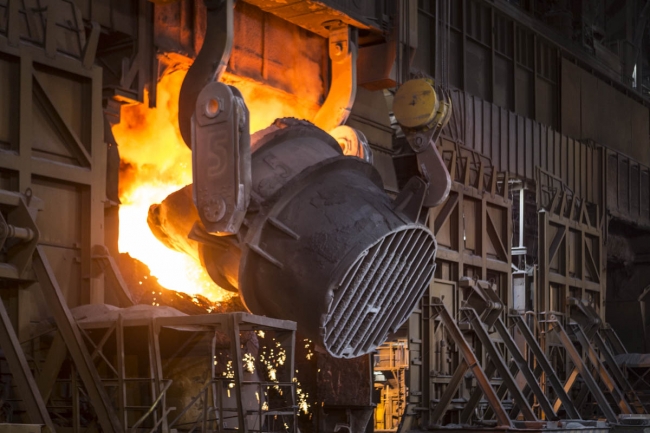 British Steel has said it will be investing £100m in 2021 to improve manufacturing and environmental performance / Picture: British Steel

Jingye Group chief executive officer, Li Huiming, said: “We’re committed to building a long-term future for British Steel and thanks to the hard work and diligence of our new colleagues, the business is now on a more sustainable footing.

“Their skill and dedication has enabled British Steel to maintain safe iron and steel production throughout the pandemic, ensuring customers’ requirements were – and continue to be – fulfilled. I’m extremely grateful for their efforts, and for the way they’ve embraced and driven change during a challenging period for everyone, both personally and professionally.

“British Steel’s people and products are the reason Jingye is investing with such confidence.”

CEO Li added: “Moving into profitability was a significant milestone for the new business but we’re only at the start of our journey and still have many challenges to overcome, such as the exceptionally high raw material prices.

“However, British Steel is increasing production, reducing costs and growing into new markets, all of which is giving us a stronger platform upon which to build. We’re optimistic for the future and I’d like to thank customers, suppliers and stakeholders for their continued support.”

British Steel has also confirmed that its chief executive officer, Ron Deelen, will step-down from his role at the end of March this year, although he will continue to work closely with the business and Jingye.

British Steel president Xijun Cao, who will also assume the CEO role at the beginning of April, concluded: “I’m honoured to be leading the next stage of British Steel’s transformation and look forward to helping my colleagues build on their achievements during the last 12 months.”