Manufacturing optimism in the three months to April improved at its quickest pace since April 1973, while investment intentions saw a strong, broad-based rebound, according to the latest CBI quarterly Industrial Trends Survey.

The survey of 288 manufacturers found that firms expect to increase capital expenditure on buildings, plant & machinery, product & process innovation, and training & retraining in the next year (relative to the last). In particular, investment intentions for plant & machinery were at their strongest since July 1997.

Manufacturing output was broadly flat in the quarter to April, while total new orders grew at the quickest pace since April 2019. Both output and orders growth are expected to pick up rapidly in the next quarter. Domestic orders grew at their fastest pace since July 2018 and firms anticipate this will improve further. Meanwhile, export optimism for the year ahead strengthened after successive decline over almost three years. New export orders stabilised after falling for nearly two years and are expected to hold steady in the quarter ahead. 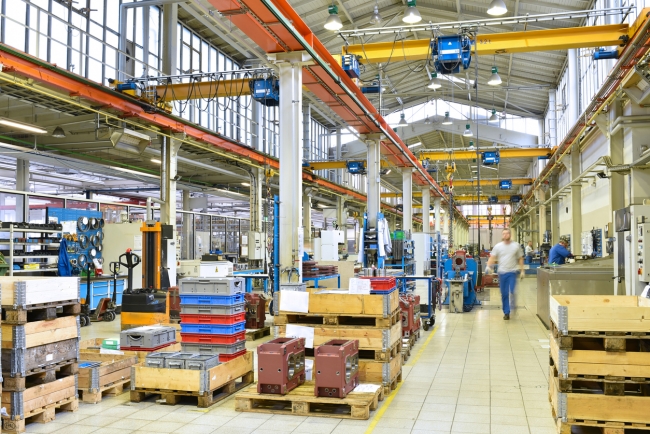 Manufacturing optimism has brightened, according to the latest CBI Industrial Trends Survey, with investment intentions at their strongest since 1997 / Picture: Getty/iStock

Cost pressures continue to temper the outlook for the manufacturing sector, however. Average costs growth in the quarter to April 2021 accelerated at its quickest pace since April 2011, and costs are expected to grow at a similarly rapid rate next quarter. Meanwhile, average domestic prices in the quarter to April grew at their fastest pace since July 2018 and are expected to accelerate further next quarter.

Numbers employed grew at their fastest rate since April 2019. Headcount growth is expected to accelerate further over the next three months, with expectations at their strongest since April 1974.

“However, rising costs are an increasing concern for many businesses, and seem to be putting upward pressure on prices as firms try to protect their margins. Continuing to support firms while they get on a steadier footing as restrictions ease will be crucial to recovery. The government should continue to work closely with business to ensure reopening is a success, while boosting competitiveness over the long-term.”

Tom Crotty, group director at INEOS and chair of the CBI Manufacturing Council, added: “It’s hugely welcome to see manufacturers planning to invest more in their businesses following what has been an extraordinarily difficult period for the sector. After all, a more productive manufacturing sector can be an engine for the UK’s economic renewal and long-term growth. As the UK gradually recovers from Covid-19, there is a fantastic opportunity for the government to work in partnership with manufacturers to forge a new future for the sector founded on sustainable growth and innovation.”

• Business sentiment in the quarter to April (+38% from -22% in January) grew at the quickest pace since April 1973 (+41%).
• Export sentiment (+8% from -23%) grew at the fastest rate since April 2018.
• Manufacturers expect output to pick up rapidly next quarter (+36%).
• Investment intentions for the next year saw a broad-based improvement, with firms expecting to spend more on buildings, plant & machinery, product & process innovation, and training & retraining compared to last year.
• Total new orders in the quarter to April grew at their quickest pace since April 2019 (+5% from -12% in January).
• Domestic orders expanded at their fastest rate since July 2018 (+6% from -20% in January), while export orders were flat (-3% from -13% in January).
• Manufacturers expect total new orders growth to accelerate next quarter (+20%).
• Numbers employed in the three months to April (+10% from -10% in January) grew at their quickest pace since July 2018. Firms expect headcount growth to accelerate further next quarter (+19%) with expectations at their strongest since April 1974.