Production of the new, third-generation Qashqai has begun at Nissan’s Sunderland plant, with the company also renewing its pledge to inspire the next generation of manufacturing talent.

Following a £400m investment at the plant, the latest version of the crossover is now rolling off the plant’s production line one, as the plant marks 35 years of manufacturing in the UK.

The Qashqai represents one in five of all cars built in Britain since its launch 14 years ago – and to celebrate the new generation model, Nissan is offering every schoolchild in North East England the opportunity to take part in a Nissan Skills Foundation event – the company’s programme of activities designed to excite young people about careers in manufacturing and engineering. 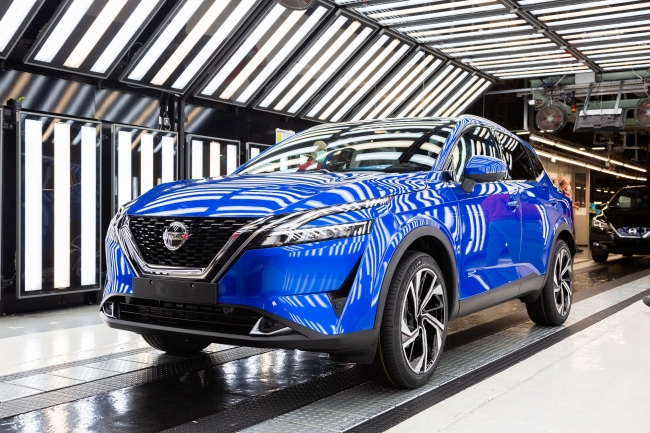 Nissan has started production of the new, third-generation Qashqai at its Sunderland plant where £400m has been invested / Picture: Nissan GB

Alan Johnson, Nissan Vice President for Manufacturing in the UK, said: “Sunderland Plant is built on 35 years of manufacturing excellence, and from the skills and expertise of our world-class team comes a car for the future.

“More than 3.5m customers have chosen a Qashqai made in Sunderland since it went on sale in 2007, and the third generation model delivers the new levels of technology, design and performance that people have come to expect from the original crossover.

“We know it has been a tough year for young people, so we’re using the launch of this next-generation car to step up our efforts to inspire the next-generation of manufacturing talent. We want every child in the North East of England to have the opportunity to be inspired by the Nissan Skills Foundation.”

Since the launch of the original model in 2007, the Qashqai has broken multiple records. It was the fastest UK car to reach one million, two million and three million units built, and more than 3.5 million have now been produced in Sunderland – around a third of the plant’s all time total.

The team at the plant have undergone thousands of hours of training for the launch of the Qashqai, which is designed, engineered and manufactured by Nissan in its UK facilities, supporting more than 7,000 jobs in Paddington, Maple Cross, Cranfield, Lutterworth and Sunderland, as well as a further 24,000 in the wider UK supply chain and around 5,000 in UK dealerships. 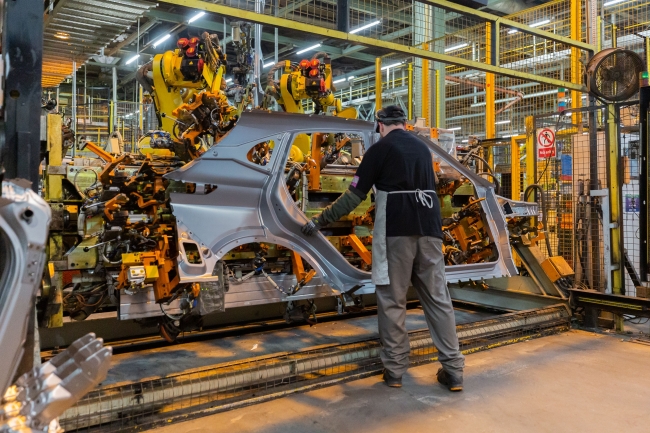 More than 3.5m customers have chosen a Qashqai made in Sunderland, since it went on sale in 2007 / Picture: Nissan GB

Other new facility investments include 117 new robots for the plant’s bodyshop, working with both aluminium and the new ultra-high tensile steel that helps gives the Qashqai its best-in-class safety performance.

New colours have also been introduced in the paint shop, with five new two-tone combinations available. Four new robots also apply a fine layer of the latest sound-deadening technology inside the vehicle, resulting in lower cabin noise for the driver.

Significant improvements in trim and chassis (final assembly) include the introduction of an automatic receiving and sequencing facility which, in a first for the plant, fits Qashqai’s weight-reducing plastic tailgate.

Qashqai is built on the Alliance CMF platform (common module family), which has meant a major upgrade in trim and chassis suspension assembly process, with the new front and rear suspensions and steering layout supporting the car’s enhanced dynamic performance. 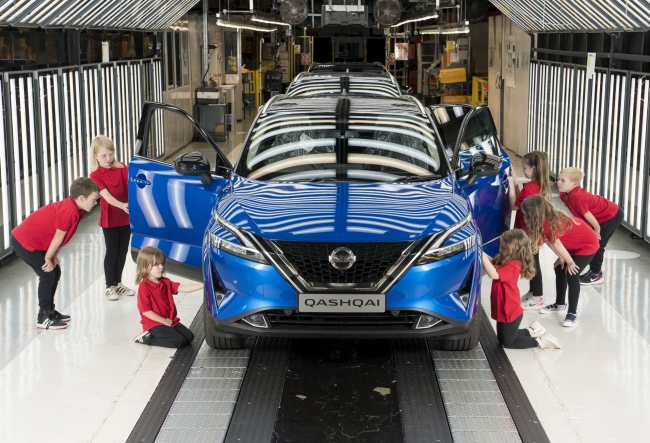 Nissan has renewed its pledge to inspire future generations of manufacturing talent by offering every child in the North East a place on a Nissan Skills Foundation event / Picture: Nissan GB