A 150-hectare manufacturing park, which spans land in Sunderland and South Tyneside, has reached a major new milestone.

All of the developable land brought to market through the first phase of the International Advanced Manufacturing Park (IAMP One) has been taken, with work now set to progress on the development of phase two.

Situated just north of Nissan in Sunderland, a total of more than 160,000 sq m of floor space at the park – which is the product of a partnership between South Tyneside and Sunderland City Councils, supported by developer HBD – has been taken up, with phase two set to bring a further 221,997 sq m of prime industrial space to the market.

Since work completed on phase one of IAMP in November 2020, the development has proved an attractive proposition, with SNOP UK and Faltec already on-site, and more recently Envision AESC, which earlier this month secured planning consent for the construction of a £450m gigafactory battery plant. 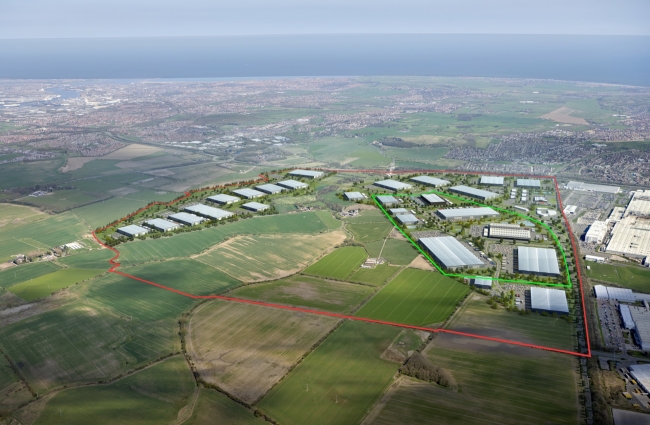 Phase one of the International Advanced Manufacturing Park in Sunderland has been completed with phase two set to bring further investment in the north east / Picture: Sunderland City Council

“We knew when the plans were initially drawn up for IAMP just how important the right infrastructure was to ensure our world-leading advanced manufacturing and engineering sectors continued to compete on the global stage and it’s been proven by the huge success of IAMP so far.

“Not only has it already created many hundreds of jobs through the construction phase, but it has already secured scores of highly-skilled manufacturing roles and – as developments such as the gigafactory come to fruition – will create thousands more jobs over the years to come. It’s a really exciting time for the sector and everyone involved.”

Cllr Graeme Miller, leader of Sunderland City Council, added: “Not only is IAMP delivering job opportunities for the present, but it is also supporting the green revolution, with the gigafactory representing a significant step towards a decarbonised North East economy. We’re thrilled to be pioneering this through IAMP.

“When complete, the park will be a world-class destination for advanced manufacturing creating thousands of jobs, but to see the value of this project to the region already – with so many people from the North East’s construction sector having working on the development – shows just how many world-class businesses from an array of sectors we already have right here on our doorstep.” 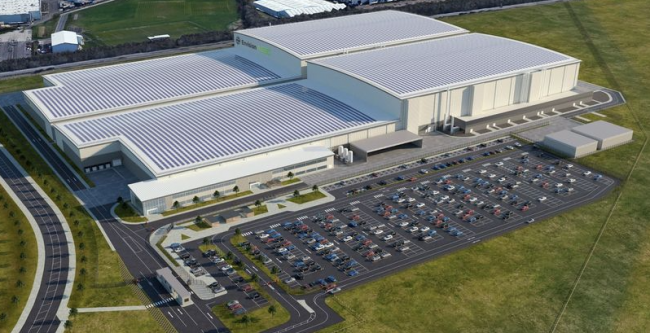 Envision AESC has secured planning consent for the construction of a £450m gigafactory at IAMP / Picture: Envision AESC

IAMP was designated a Nationally Significant Infrastructure Project (NSIP) by the UK government and will see scores of bespoke manufacturing facilities being built on the site, creating more than 7,000 jobs over the next 10 to 15 years. A total of £42m has been pledged through the North East Local Enterprise Partnership (LEP) towards infrastructure including new roads, bridges and environmental enhancements to support the development.

Tom Wheldon, director and head of region at HBD, the development partner for IAMP, said: “We have worked hard to complete the infrastructure works and ensure that we can respond quickly to meet the needs of the market. That approach has paid dividends and we look forward to welcoming Envision AESC to IAMP as the latest business to join this significant manufacturing hub.”