Plans to build a new nuclear power plant in the UK have been backed by £100m of government funding to support the continued development of the Sizewell C project in Suffolk.

The funding commitment will be used to continue the development of the project which will aim to attract further financing from private investors and, subject to value for money and relevant approvals, the UK government.

Ministers have made a commitment to reaching a final investment decision (FID) on at least one large-scale nuclear power station this parliament. This would provide continuous, low carbon electricity at scale, strengthen Britain’s energy security and reduce its exposure to volatile global gas prices, provided there is clear value for money for consumers and taxpayers.

Negotiations between the government and Sizewell C project developer, EDF, have been ongoing since last year. If built, Sizewell C would power the equivalent of around 6 million homes, as well as supporting up to 10,000 jobs in Suffolk and across the UK. 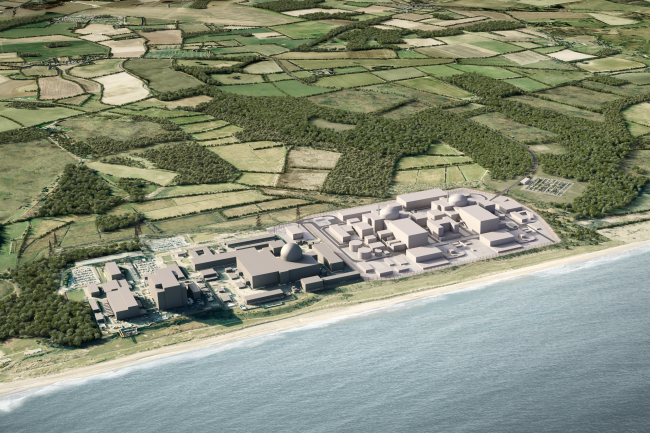 The Sizewell C project has been backed by £100m of government funding – it would be able to power the equivalent of around 6 million homes, as well as supporting up to 10,000 jobs / Picture: EDF Energy

Business and energy secretary, Kwasi Kwarteng, said: “In light of high global gas prices, we need to ensure Britain’s future energy supply is bolstered by reliable, affordable, low carbon power that is generated in this country. New nuclear is not only an important part of our plans to ensure greater energy independence, but to create high-quality jobs and drive economic growth.

“The funding announced today will further support the development of Sizewell C during this important phase of negotiations, as we seek to maximise investor confidence in this nationally significant project.”

The £100m, which has been described as an ‘option fee’, will be invested by EDF to help bring the project to maturity, attract investors, and advance to the next phase in negotiations. In return, the government will take certain rights over the land of the Sizewell C site and EDF’s shares in the Sizewell C company, providing opportunities to continue to develop nuclear or alternative low carbon energy infrastructure on the site should the project not ultimately be successful. If Sizewell C reaches a FID, the government will be reimbursed the £100m option fee with a financing return, either in the form of cash or an equity stake in the project.

If the project does not reach this important milestone, then the government would ask for either the Sizewell C company shares or the Sizewell C site or, if EDF is unable to provide these assets as requested by government, the money will be refunded by EDF together with a financing return. No decisions, including on the final configuration of Sizewell C’s investors, have been made. 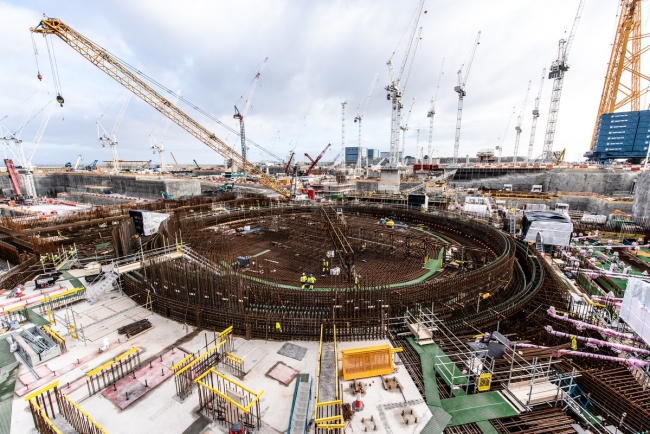 If built, the new plant at Sizewell would be a near replica of Hinkley Point C in Somerset / Picture: EDF Energy

Simone Rossi, CEO of EDF Energy, added: “We’re very pleased that the government is showing its confidence in Sizewell C which, if approved, will lower energy costs for consumers and help to insulate the UK from global gas prices. Together with our own investment, these funds will allow us to continue to move the project towards a financial investment decision.

“Sizewell C will benefit from being a near replica of Hinkley Point C in Somerset which is more than 5 years into construction and making great progress in the challenging context of the Covid pandemic. Sizewell C will provide a huge economic boost to East Suffolk where it already enjoys the support of most local people. It will also bring new opportunities for thousands of nuclear supply chain companies up and down the country.”

The announcement comes as the Nuclear Energy (Financing) Bill, which will enable a Regulated Asset Base (RAB) funding model framework for new nuclear projects, passes through Parliament. It is estimated that RAB could lower the cost of each new large-scale nuclear power projects by more than £30bn, compared to the existing Contracts for Difference (CfD) model.

The RAB model is also expected to reduce Britain’s reliance on overseas developers for finance by substantially widening the pool of private investors to include British pension funds, insurers and other institutional investors from like-minded countries.

Last year, £210m was also invested into a Rolls-Royce venture to design the UK’s first small modular reactor, pioneering the next generation in advanced nuclear generation.