Electric and hydrogen truck manufacturer Tevva has launched the first hydrogen fuel cell-supported heavy goods vehicle (HGV) to be manufactured, designed and mass produced in the UK. The Tilbury-headquartered scale-up, which has so far raised $140m in funding, unveiled the hydrogen electric vehicle alongside its latest full-battery electric HGV at the Road Transport Expo in Warwickshire.

Hydrogen has been used safely in buses and other vehicles in more than twenty countries for many years and has a higher energy density than lithium-ion batteries or even diesel. Because of these properties, it is particularly attractive for use in larger, commercial vehicles.

By adding a hydrogen fuel cell system to its battery-electric HGV design, Tevva says it is delivering zero-emission solutions that will work for the overwhelming majority of fleet operators across a range of industries and sectors. The fuel cell system tops up the battery, extending the vehicle’s range and allowing the truck to carry heavier loads over longer distances. 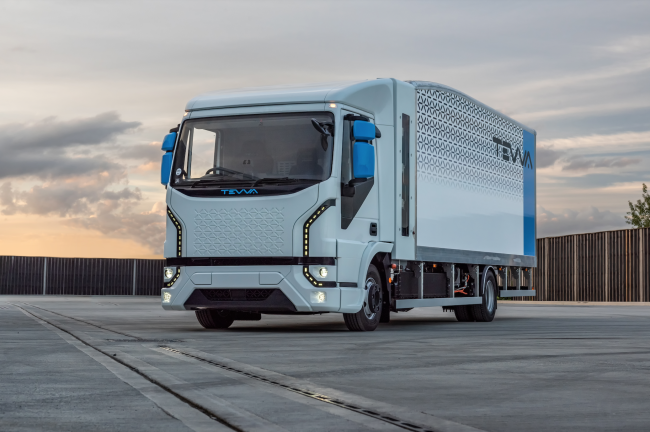 Tevva has launched the first hydrogen electric truck to be manufactured, designed and mass produced in the UK / Picture: Tevva

Using the fuel cell as a range extender, rather than the primary source of power, allows Tevva to provide smaller, cheaper and lighter fuel cells and operate these at the highest possible efficiency. With a range of up to 310 miles or 500 kilometres, Tevva says the 7.5-tonne hydrogen electric truck meets, and exceeds, demanding duty cycles for nearly all urban and extra-urban use cases.

Crucially, hydrogen refuelling typically takes a similar time to diesel truck refuelling (5-20 minutes) and the dual-use of both battery electric and hydrogen energy sources future-proofs Tevva and its customers as the transition away from fossil fuels and the decarbonisation of the transport industry continues.

In 2019, for example, HGVs contributed 18% of the country’s greenhouse gas emissions in the transportation sector, according to UK government figures. 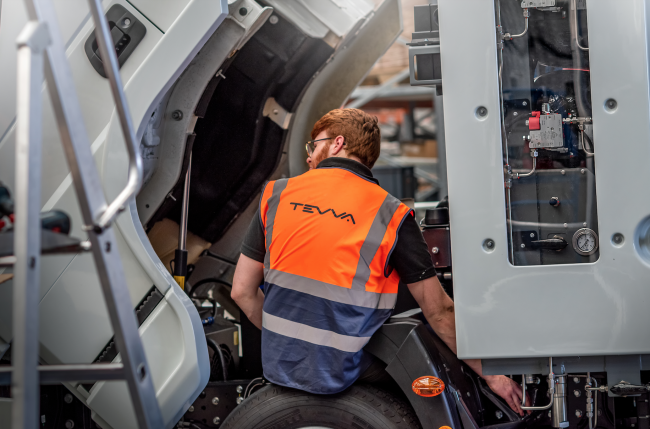 Tevva has recently been recruiting as it prepares to begin manufacturing / Picture: Tevva

Tevva CEO and founder, Asher Bennett, said: “We are excited to launch our hydrogen electric HGV, creating a landmark moment for Tevva and UK manufacturing. We firmly believe that the post-fossil fuel future, which is quickly approaching, will see a new range of technologies and fuels take centre stage in the transport industry.

“By embracing hydrogen, we are futureproofing ourselves, our clients and the industries and communities they operate in. We also pride ourselves on the fact that our vehicles are safe, reliable and go the distance. Combined with our commitment to customer service, we believe that Tevva’s hydrogen electric truck will be a popular choice for fleet operators across the UK, Europe and eventually North America.” 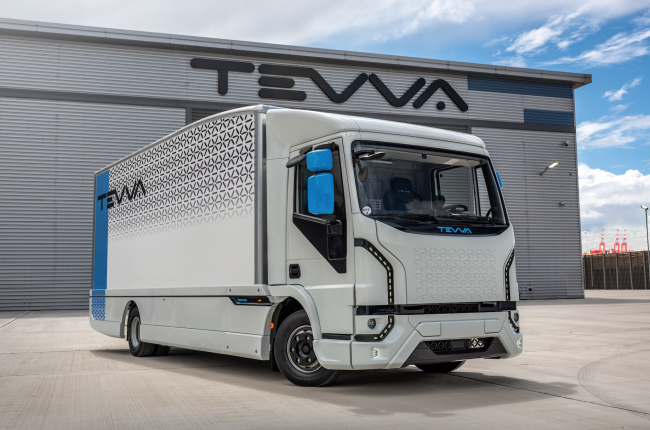 “Trucks like Tevva’s hydrogen-electric platform will be critical to achieving the emissions reduction targets necessary to address climate change. Their commitment to scale quickly reflects the sense of urgency with which the transportation industry needs to approach the deployment of zero-emission commercial vehicles.

“We believe the combination of Tevva’s proven range-extended platform with Loop Energy’s leading fuel cell system can be a key contributor to the decarbonisation of transportation in Europe and North America.”