Bus manufacturer Wrightbus has taken on its 1,000th member of staff, just three years after the company was bought out of administration with just 56 people on the books. The turnaround comes during another outstanding year for the Ballymena-based firm, in which it has secured a series of high-profile deals in the UK and overseas. 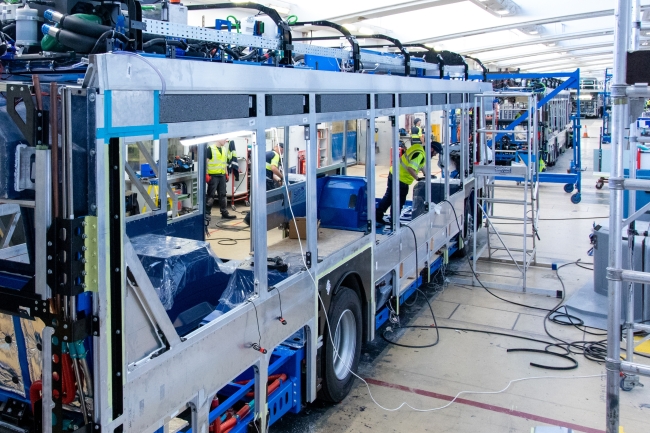 Continued order growth has seen Wrightbus hit an employee milestone of 1,000 staff, with plans to recruit 400 more in the next year / Picture: Wrightbus

The firm’s hydrogen buses have covered an impressive 1.5 million miles since first entering service, preventing 2,366 tonnes of carbon dioxide (CO2) emissions entering the atmosphere compared to journeys made by an equivalent diesel bus, which would be the same as removing around 550 cars from British roads for a year. Sales of zero-emission buses at Wrightbus have risen from 0% when Mr Bamford took over to 50% in 2022.

During 2022, Wrightbus has won a string of deals with companies including First Bus and the Republic of Ireland’s National Transport Authority (NTA), as well as signing deals in Australia and Germany. The business is aiming to manufacture 3,000 zero-emissions buses by 2024, comprising 10% of the UK’s total fleet, with over 400 coming during the current financial year.

Such growth means that a boost in jobs is crucial – and as well as hitting the 1,000 mark, the company also has plans to recruit a further 400 new staff members in the next year, after already expanding its headcount by over 40% in the last 12 months. 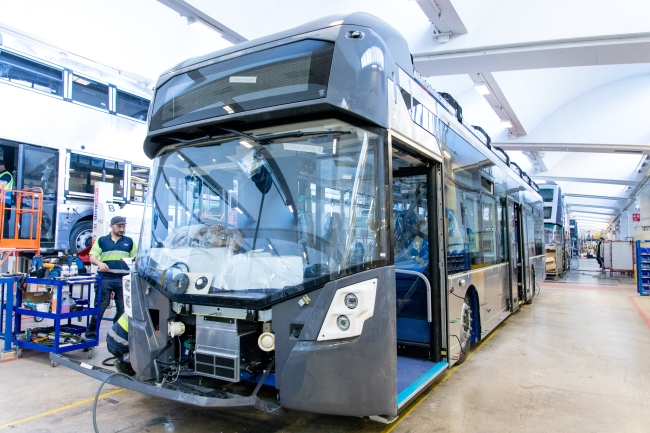 Wrightbus is aiming to manufacture 3,000 zero-emissions buses by 2024, 10% of the UK’s total fleet / Picture: Wrightbus

Wrightbus chairman, Jo Bamford, said: “When I took over the company I was clear about my ambitions for it, both in terms of contributing to  the UK’s plans for net zero and in terms of supporting the British economy. We have invested heavily in the last three years and it is remarkable to see 1,000 members of staff now employed in Northern Ireland when there were just a handful of people left when the company was bought out of administration.

“This has been our most successful year to date, and that is down to those 1,000 people who are Wrightbus. I’m immensely proud of what the team has achieved and the reputation we have forged in the zero-emission transport sector. The deals we have secured this year are because of the reputation we have built up, which really does speak for itself. We developed the world’s first hydrogen double deck and the world’s most efficient double deck battery-electric bus. These deals have been secured on our merit.”

Coach builder Matthew Hill from Ballymena, the company’s 1,000th employee, added: “I’ve only started on Monday, but I’m happy to be here and feel comfortable already. It is good to see the company going forward with the hydrogen buses. There’s a lot to learn. Everyday’s a school day, but that’s what I like. It’s onwards and upwards and I’ll see where this job takes me.” 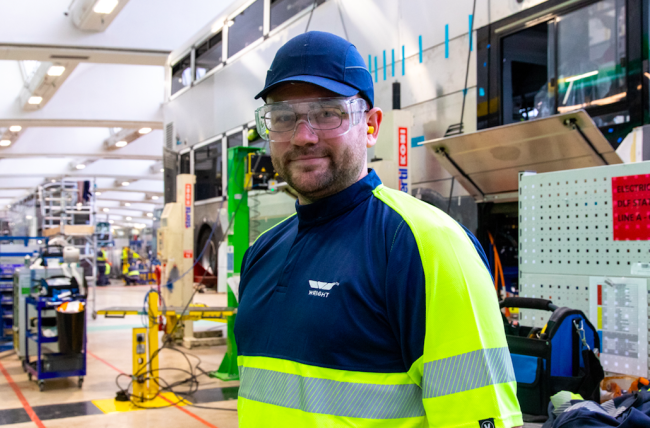 Wrightbus unveiled the world’s first hydrogen-powered double decker bus – the Hydroliner – in Aberdeen in 2020, with a fleet of buses entering passenger service the following January.