Ford is investing an extra £125m in its Halewood plant on Merseyside – increasing capacity by 70%. An additional £24m will be invested in its E:PRiME product development centre at Ford’s Dunton research and development headquarters. Both investments will support its future plan for an all-electric vehicle range by 2035.

Ford announced last year that its Halewood plant, which currently produces transmissions for internal combustion engine vehicles, would be transformed into a facility to build electric power units for future Ford all-electric passenger and commercial vehicles sold in Europe. It had brought an initial investment commitment of £230m, with production capacity planned to be around 250,000 units a year from 2024.

This transformation was supported by the BEIS Automotive Transformation Fund, which aims to electrify Britain’s automotive supply chain and protect its competitiveness in the global market. The latest announcement now takes the total investment in enabling Halewood’s electric transformation and Dunton’s upgrade to almost £380m. 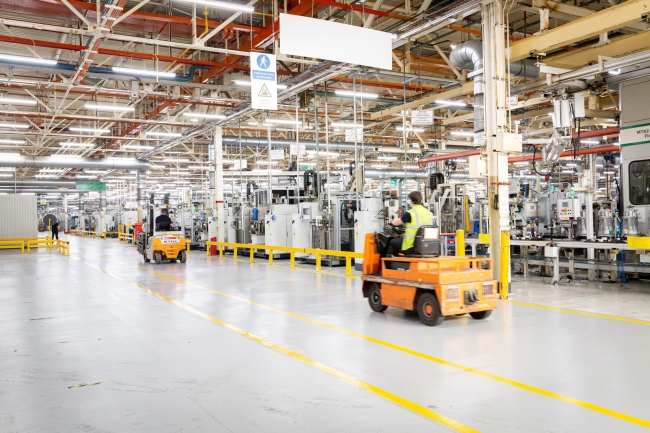 Ford is investing a further £125m at its Halewood plant as it transforms to produce electric power units, a 70% capacity increase – the total investment in electric transformation is now almost £380m / Picture: Ford of Britain

Ford’s £24m E:PRiME centre is building prototypes of the electric power unit and training Halewood employees in its machining and assembly, assisted by the Advanced Propulsion Centre.

Halewood’s new power unit capacity, now raised from 250,000 to 420,000 a year, also means that 70% of the 600,000 EVs that Ford will sell in Europe annually by 2026 will be powered by the Halewood-produced technology. Ford’s EV push in Europe supports the acceleration of the company’s global plan of producing two million EVs annually in the same 2026 time frame.

The latest investment – which includes government support from UK Export Finance, through their Export Development Guarantee – will help safeguard and upskill 500 Ford jobs at Halewood. 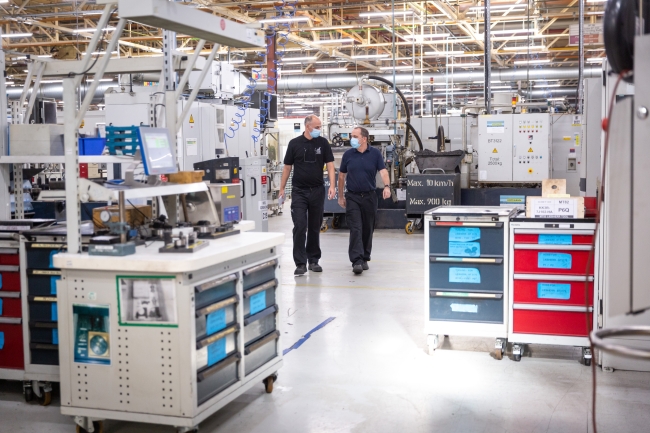 Kieran Cahill, Ford’s European industrial operations vice-president, said: “Ford is a global American brand, woven into the fabric of Europe for more than 100 years and a major employer here at Halewood for almost 60 years. Our vision in Europe is to build a thriving business, by extending leadership in commercial vehicles and through the electrification of our car range. Halewood is playing a critical part as our first in-house investment in EV component manufacturing in Europe.”

Tim Slatter, chairman of Ford UK, added: “This is an all-important next step for Ford towards having nine EVs on sale within two years. Our UK workforce is playing a major role in Ford’s all-electric future, demonstrated by Halewood’s pivot to a new zero-emission powertrain, and E:PRiME’s innovation at Dunton in finalising the production processes.”

The Ford Puma car, Transit Custom, Tourneo Custom, Transit Courier, Tourneo Courier, and future products will be fitted with the UK-built electric power units. Halewood will deliver to vehicle assembly lines at Ford Otosan plants in Romania and Turkey, making up a significant share of Ford UK’s annual export value from the Merseyside plant, as well as Dagenham – currently worth £2.1bn annually. 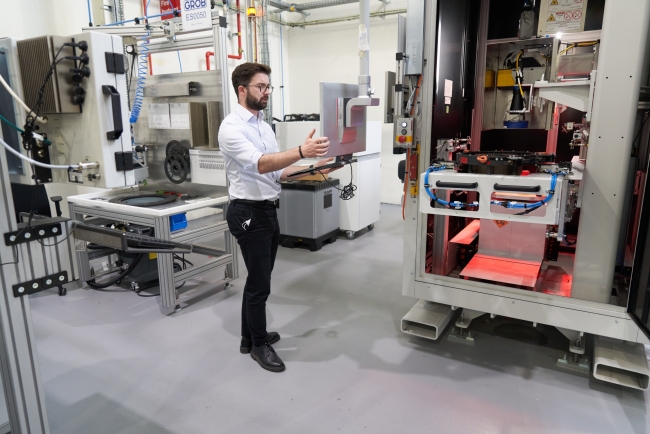 At the same time, Ford is targeting carbon neutrality across its European footprint of facilities, logistics and suppliers by 2035. Halewood plant’s new electric power unit operation is targeting carbon neutral energy supply for production start in 2024. Electricity and gas are already from renewable sources and the installation of solar panels will generate up to 1,782 MWh. Other Halewood projects contributing to total carbon neutrality for Ford in Europe by 2035 include electric locomotives (used to shunt heavy loads) replacing diesel locomotives, and EV charge points for employees.