Commercial vehicle and car production up in November

UK commercial vehicle (CV) manufacturing grew by 42.9% in November, with 11,343 vans, buses, trucks, coaches and taxis rolling off British factory lines, according to the latest figures released by the Society of Motor Manufacturers and Traders (SMMT). It marked the highest total output for the penultimate month of the year since 2011, rounding off the 11th consecutive month of increased production this year.

Growth was driven by overseas deliveries, which have seen double-digit increases throughout the year, rising by 89.4% to 7,990 units in November – some 92.6% of which were destined for Europe. Meanwhile, production for the UK fell by -9.9% in the month, highlighting the importance of ensuring the UK remains a globally competitive location for production and trade. 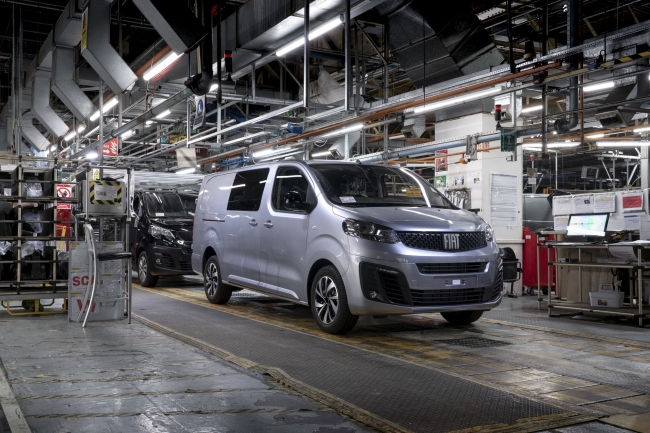 As a result of continued strong demand, total UK CV manufacturing is up 45.1% so far in 2022, with 96,890 units built in Britain to date. Robust overseas demand means exports have increased 72.4% to 59,261 units during the 11-month period, while production for domestic buyers has risen by 16.2%, to 37,629 units. This represents the best January to November period since 2012, and is 21.1% higher than pre-pandemic five-year average.

In addition, UK car production grew for the second consecutive month in November, up 5.7% to 80,091 units, according to the latest SMMT figures. The rise means UK car manufacturing output has grown in six of the past seven months demonstrating how, even amid global chip shortages and supply chain constraints, factories are doing their best to meet demand for new cars at home and overseas.

Mike Hawes, SMMT chief executive, said: “Yet another month of growth in commercial vehicle output is good news for the wider UK industry and demonstrates how well-placed this critical sector is to supporting the British economy. A greater contribution is expected next year, but we cannot be complacent. Measures are needed to ensure Britain remains a globally competitive location for production, trade and investment to sustain long-term growth amid a period of complex economic challenges.”

In relation to the car production figures, he added: “These figures bring some Christmas cheer to UK car makers in what has been another incredibly tough year. Supply chain shortages, overseas lockdowns and some structural and product changes have combined to throttle output for much of 2022 but there is renewed hope these issues will begin to ease in 2023. This could bring a much-needed boost to the economy, however, to attract the investment needed for long term growth, we still need stability and more competitive conditions – not least to alleviate crippling long term energy costs.”