Bentley Motors delivered more cars than ever in 2022

Bentley Motors has announced total sales of 15,174 in 2022, an increase of 4% over the previous record year (14,659) in 2021 and the first time Bentley has reached over 15,000 cars. This significant achievement was driven by new model introductions and increasing demand for Mulliner personalisation and Bentley’s new hybridised models, introduced under Bentley’s Beyond100 strategic path to full electrification by 2030.

The continued demand for SUVs ensured Bentayga remained Bentley’s number one model, selling more in its sixth year of sales than ever before, accounting for 42% of total sales. 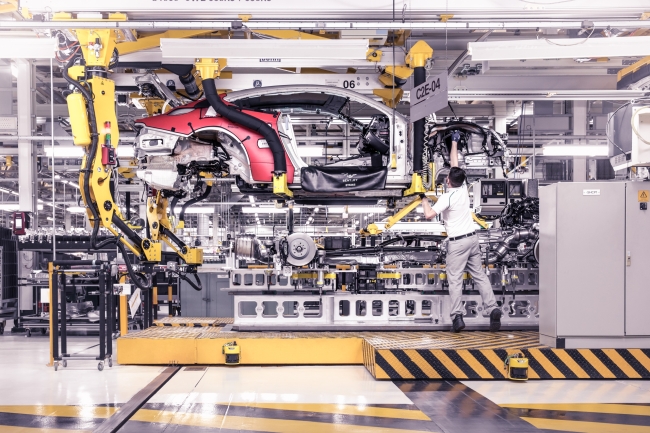 Bentley Motors delivered more cars than ever in 2022, the first time in its history it sold more than 15,000 cars in a year – all manufactured at its factory in Crewe / Picture: Bentley Motors

Furthermore, consistent appeal continued for the Continental GT and GT Convertible, accounting for nearly a third of sales (30%) with the new, performance-orientated GT Speed the most dynamic road car Bentley has ever built, taking a 31% high of the model mix.

Finally, the Flying Spur, a luxury four-door grand tourer, reached 28% of total sales, thanks in part to the introduction of the new hybrid model. Since market entry, the Flying Spur hybrid totals 30% of the model mix, however in the UK, two thirds of all Flying Spurs sold are hybrid, the highest figure globally.

The Americas maintained its position as the biggest selling global market, selling more than ever before. Last year also recorded a significant increase for the oldest coachbuilder in the world, Bentley Mulliner, with the amount of personal commissions increasing fivefold in the past five years. 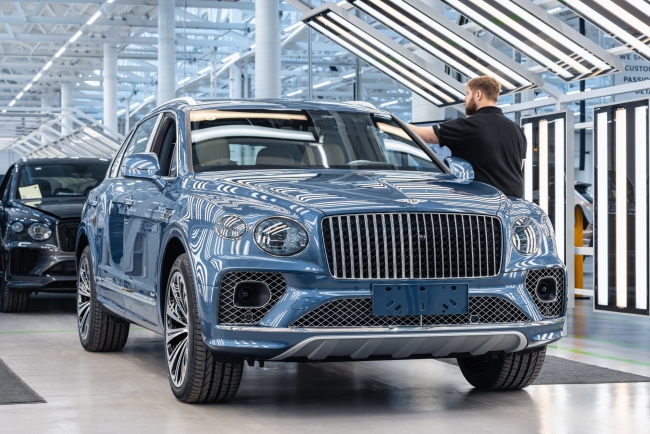 Bentayga remained Bentley’s number one model, selling more in its sixth year of sales than ever before / Picture: Bentley Motors

Adrian Hallmark, chairman and CEO of Bentley Motors, said: “In what was another year of unpredictability, the business overcame significant headwinds and demonstrated great resilience to deliver the third consecutive record sales year. This underlines our brand strength, operational excellence and strong global demand by market and model.

“The reaction to the market introduction of our hybrid models, Flying Spur joining Bentayga last year, demonstrate the path the luxury sector is heading, and we are positioned firmly at the forefront. These numbers are validation that we not only lead the sector in sales and market share, but also investment in electric technologies and commitment to being net carbon neutral in 2030.” 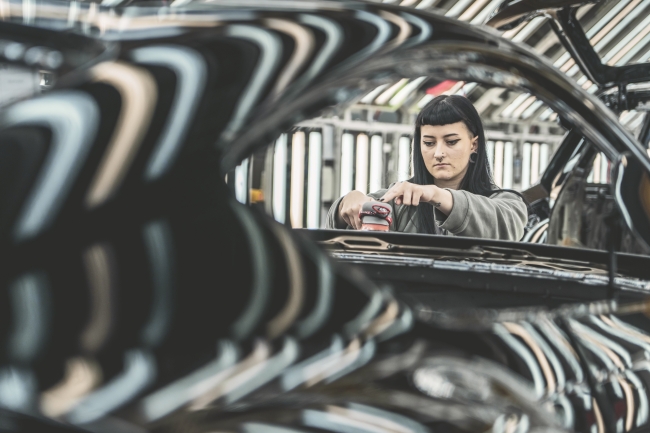 Bentley Motors employs around 4,000 people at Crewe and recently launched its 2023 trainee recruitment drive for 117 new trainees as it prepares for an all-electric future / Picture: Bentley Motors