Lunaz Applied Technologies has completed the expansion of its upcycling campus within the Silverstone Technology Cluster in Northamptonshire, with the site now fully operational. The facility, the first of its kind in the world, now occupies a total of 200,000 square feet – nearly four times its original size when it opened in 2018. The business has also created 300 new jobs, making Lunaz comfortably the largest company within the Silverstone Technology Cluster by space and employees.

The expansion means Lunaz can significantly increase production of its upcycled electric vehicles (UEVs), with capacity to produce 1,100 vehicles per year. Upcycling involves taking conventional diesel-powered refuse trucks, alongside other commercial vehicles, and converting them to fully electric power when they reach the end of their normal working lives. 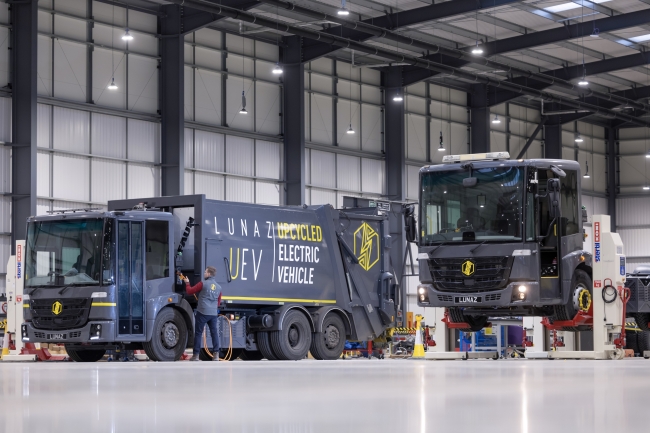 UEVs are proven to be cleaner, cheaper and better-equipped than all-new equivalents. Research shows upcycling also carries over more than 80% of the originally embedded carbon from the initial vehicle production process when compared to buying new. An independent audit showed that the Lunaz model preserves the equivalent weight of the Eiffel Tower in carbon every year.

The additional space allows Lunaz to bring the majority of the upcycling in-house, giving it total quality control at every stage of the production process and enabling seamless integration of its proprietary technologies. Lunaz has substantially extended the space devoted to innovation within its Silverstone facility. The company is pursuing various avenues of technology development to make the upcycling process even more efficient and cost effective, enabling further savings for its customers.

In this spirit, Lunaz has already completely designed its own battery packs, fitted to the UEV from the bottom up. This allows its engineers to have full control over the technology and chemistry, enabling an optimum power delivery solution based on each vehicle’s application. Batteries are fully assembled and tested on site at Silverstone allowing the team at Lunaz to have complete oversight of quality control of these critical components. 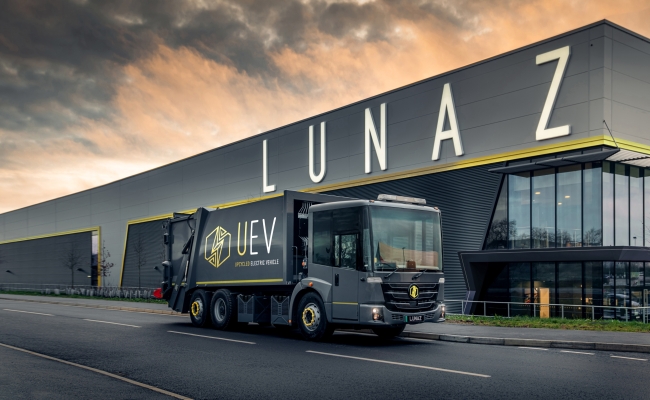 Lunaz now has the capacity to produce 1,100 vehicles every year from its Silverstone facility / Picture: Lunaz

In another industry first, Lunaz has developed a unique electric power take-off (ePTO) to drive the rear bin-lifting apparatus for its upcycled refuse trucks. In a normal vehicle this is powered by the diesel engine: with the ePTO, Lunaz has overcome the challenge of taking power from an electric vehicle (EV) battery while the vehicle itself is stationary, opening up possibilities for other commercial vehicle applications.

David Lorenz, founder of Lunaz, said: “The expansion of the Lunaz Silverstone campus is a clear demonstration of our commitment to breaking the replace-with-new cycle. From this state-of-the-art facility, we unlock the power of upcycling, providing UEVs that are cleaner, cheaper and better equipped than their all-new equivalents.

“Our new and fully operational facilities, which gives us four times as much space as we had before, enables us to continue scaling up production of our UEVs, and meet the demands of more fleet operators and government bodies who want to benefit from our technology. We will also continue to grow this critical sector through the research and development of our proprietary EV technologies, too. Above all, it’s a huge vote of confidence in our own technology and upcycling model, and in Silverstone as a location.”