British Steel’s new billet caster, which is among £330m worth of investments Jingye Group has made in the UK business since acquiring it three years ago, is scheduled to be commissioned this spring. The new caster will manufacture lengths of semi-finished steel – known as billets – with enhanced internal and surface qualities, enabling it to become more competitive and expand its offering to customers.

The £54m project is the largest single investment Jingye has made since purchasing British Steel in 2020. Other significant investments in this period include a £26m Special Profiles Mast Service Centre. When it opens at the Skinningrove site later this year, it will enable British Steel to make and process an extended range of value-added profiles for the forklift industry.

Further investments include £27m in three new cranes at its port facility at Immingham Bulk Terminal, and £14.6m invested to enhance British Steel’s energy operations, including projects to improve the way we recycle works arising gases and generate electricity. The firm is also undergoing a multi-million pound IT systems upgrade which is scheduled to go live in March. 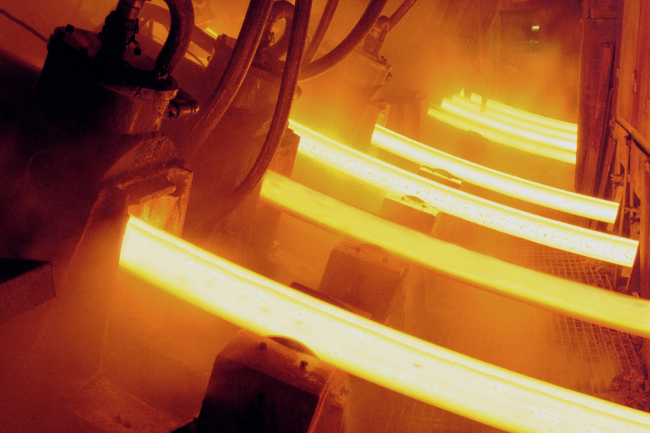 British Steel is to commission a new £54m billet caster at Scunthorpe plant in the spring – it’s among £330m worth of investments made in the last three years / Picture: British Steel

British Steel says its investment strategy is aligned to decarbonisation plans, which will see it embrace new technology and ways of working to help drive a reduction in emissions and support clean growth.

Xifeng Han, British Steel’s CEO, said: “Steel is vital to modern economies and with demand expected to grow over the coming decades, British Steel has a vital role to play in ensuring the UK has its own supply of high quality steel. To make sure we can deliver the steel Britain requires, we’re undergoing the biggest transformation in our 130-year history. To support the journey to net zero, our owners, Jingye, have invested £330 million in capital projects during their first three years of ownership and they continue to invest unprecedented sums of money in British Steel.

“Jingye is committed to our long-term future but we also require the UK government to provide the necessary support, policies and frameworks to back our drive to become a clean, green and sustainable company. We’re continuing formal talks with the government about decarbonisation, along with the global challenges we currently face. The government understands the significant impact the economic slowdown, rising inflation and exceptionally high energy and carbon prices are having on businesses like ours, particularly during such a key period in our transformation. British Steel can play a significant role in the UK’s economic recovery and we look forward to working with the government and to making the homemade steel Britain needs for generations to come.”