The importance of avoiding barriers to trade between the UK and the EU has been highlighted in new analysis which shows that manufacturing exports to the top six EU markets alone are worth around a third of total goods exports.

According to research published by Make UK and Santander, total global exports stood at £367bn. While the US was the single largest importer of UK manufactured products, seven out of the top ten UK export markets are based in Europe, including Germany (2nd), France (3rd) and Ireland (4th). China, ranked fifth, was the only other top ten destination for UK goods outside of Europe and the US. 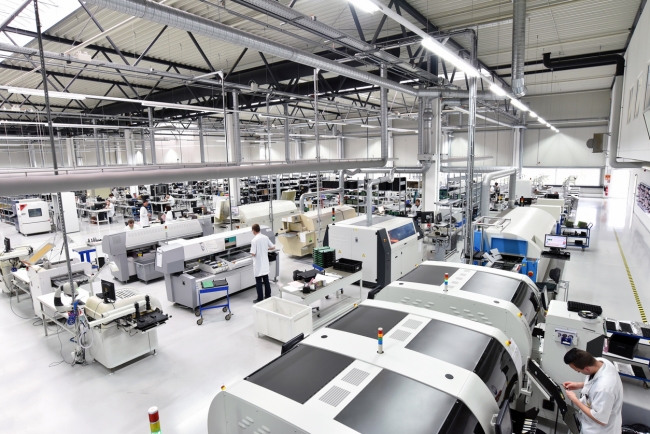 The UK has retained its position as the 9th largest manufacturer and 10th for global exports / Picture: Getty/iStock

Exports to the top six European markets – Germany, France, Ireland, Netherlands, Switzerland and Belgium – were worth £117.4bn alone. Just under half (46%) of all UK manufactured goods were exported to European countries combined, totalling £169bn. The US was the single biggest export destination and saw a 19% increase on last year, equating to £54.4bn.

The research also showed that the UK retained its position as the ninth leading manufacturer and tenth in terms of global exports with output totalling £191bn in 2019 – a growth of 7% over the last five years. The data also reveals that among the 2.7 million people employed by UK manufacturers, the average salary stands at £34,538 – 13% higher than the UK average.

By sector, transport manufacturers were the largest exporters (22%); food and drink remained the leading subsector for output (17%) while transport also generated the most in terms of R&D (36.4%). This spend on R&D highlights the critical importance of the automotive and aerospace sectors to the long-term high value growth of the economy, despite the major impact of the pandemic on these two sectors in particular.

By region, the research reveals that while the North West remains the single biggest region in terms of output (£27.2bn), London (£8.2bn) and the South East (£22.5bn) are growing in prominence, with the South East increasing output by almost 6% in the last five years. This is down to the heavy concentration of electronics, worth £4.7bn alone in the South East, which was already benefitting from the drive towards digital technologies and automation, a trend which the pandemic is likely to have accelerated.

The data, captured before the Coronavirus outbreak shows that goods exports (53%) outweighed that of services (47%), while the sector continues to punch above its weight contributing 66% of total UK spend on R&D and 16% of business investment. 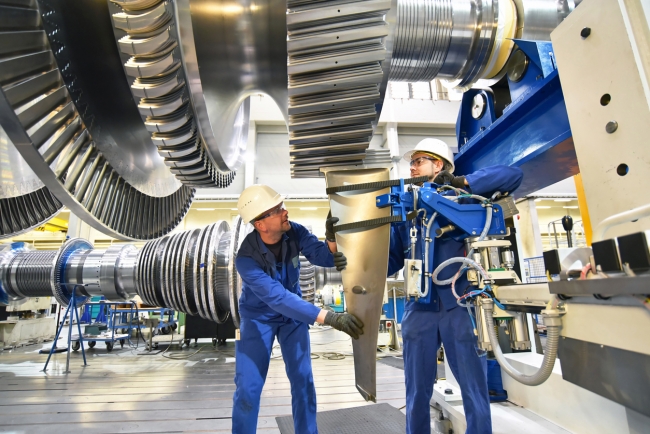 The latest data highlights the importance of a deal with the EU as the top six European markets account for a third of total manufacturing exports / Picture: Getty/iStock

Stephen Phipson, chief executive at Make UK, said: “These figures lay bare the overwhelming importance for manufacturers of trade with our closest market and the need to avoid imposing any barriers which will make this more difficult.

“Whilst the United States remains the biggest market and presents significant opportunities for export growth, it is a fallacy to believe that geography is not the biggest factor driving trade. For UK manufacturers, access to their biggest market must be a premium. The figures also provide an important reminder that we’re still one of the top ten biggest manufacturing nations and we want to see policy makers working with industry to help move UK manufacturing up the rankings.”

Paul Brooks, UK head of manufacturing, Santander UK, added: “Our manufacturers have shown unyielding resilience over recent months. Retaining our position as the ninth leading manufacturer makes it clear that the UK is still a major player on the international stage, but we must not rest on our laurels. This data underlines the importance of prioritising manufacturing as the UK establishes new trading relationships with partners around the world.” 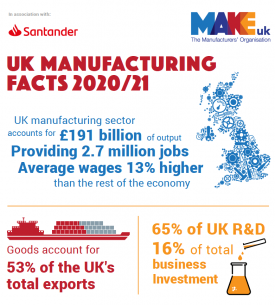