B&B Attachments proved there is a strong market for forklift truck attachments in the UK, but when the company began to expand internationally, it quickly needed more in-house machining capability.

B&B Attachments began life in 1980 and has since grown to become one of the UK’s largest suppliers and manufacturers of forklift truck attachments.

From its 40,000 sq. ft premises in Cramlington in the North East of England, the company manufactures a range of attachments for multiple applications, including brick and block clamps, crane jibs, push-pull attachments and various other clamps.

The company’s most popular products are its BlockMaster range of bespoke attachments that are widely used in the brick industry, by companies like Forterra, Ibstock and Wienerberger. This is due to their ability to reduce handling and load times for brick and clay products. 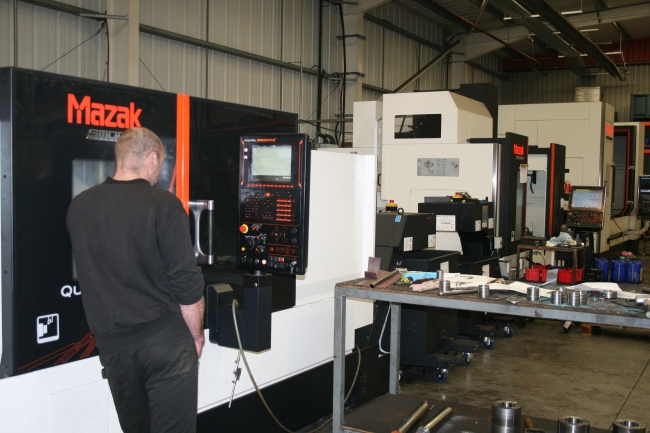 B&B Attachments began life in 1980 and has since grown to become one of the UK’s largest suppliers and manufacturers of forklift truck attachments / Picture: Mazak

“We started out as a jobbing shop doing repair work activity on forklift truck attachments,” says John Lamberth, Operations Director at B&B Attachments. “However, about ten years ago, it was becoming increasingly clear that there was a real niche market for forklift attachments in the UK and we decided to set up a manufacturing capability of our own.”

B&B Attachments now employs 73 people and has a turnover in excess of £12 million per annum. In recent years, the success of the company has been driven by its international growth, specifically for the BlockMaster range, which is extremely popular throughout the Middle East and Asia.

“Our international growth has been a real success story, but it did create its own problems,” says John. “The problem we had was that, although there is a lot of machining capacity in the North East, because we were doing smaller volumes, we didn’t have the buying power to get the machining done when we required it, and for the price we wanted.”

Inevitably growth began to impact on lead times and customer service, which led the company to begin planning to set up its own machining capability. B&B Attachments approached Mazak for machine advice, which was the start of an on-going relationship. “The difference with Mazak was that they were willing to spend a lot of time giving us the advice we needed in terms of machine selection,” says John. “There was a strong sense from the outset that both parties wanted a long-term partnership.”

He continued: “A lot of what we do is bespoke activity, small batches. We needed machines that could be flexible and also had the ability to deal with larger workpieces. Our ultimate goal was to create a manufacturing environment that could deal with 90-95% of our machining requirements to limit subcontracting to a minimum.”

Purchased over a 12-month period, the three Mazak machines, a VTC-800/30SR along with two QUICK TURN NEXUS lathes, transformed B&B Attachments’ manufacturing capabilities. They enabled the company to design and manufacture components required for a range of bespoke attachments needed by its core markets. “The machines have given us flexibility to deliver bespoke and small batch orders with short lead times, which enables us to hit often quite tight customer deadlines and increase our competitiveness,” says John. 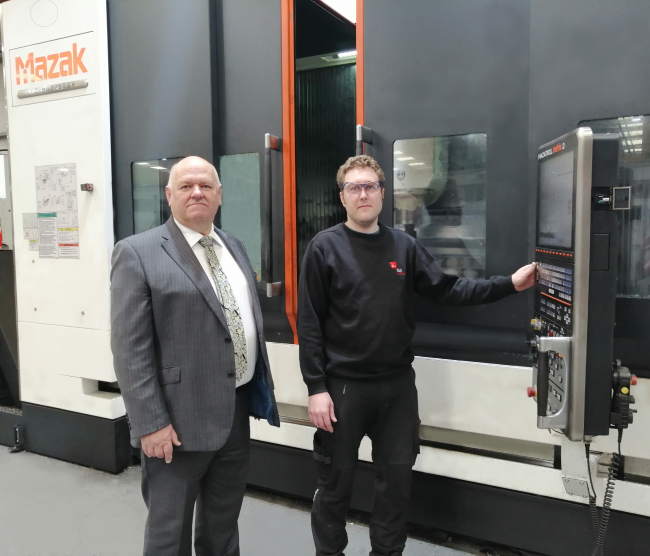 The Mazak machines have enabled the B&B Attachments to design and manufacture components required for a range of bespoke attachments needed by its core markets / Picture: Mazak

Integrating the machines into the Cramlington facility was also a relatively easy process. “Again, we were given a lot of support by Mazak and we were fortunate that a few of our programmers had experience in using the MAZATROL CNC already,” John continued. “Also, to top up our capability, we sent one of our guys down to the Mazak training facility in Worcester, which proved to be a highly successful move.”

The B&B Attachments story also has a new chapter that is about to be written. “I went down to the recent Mazak Open House and we spoke to their application support team about a number of areas, which was very informative,” says John.

“One area we are looking at is gear cutting, as we don’t currently have the capabilities to do it in-house. Mazak have a number of new gear-cutting solutions that we are very interested in. We are also looking at machining our own valve blocks.”

He continued: “I’m also very interested in the new maintenance software iSmart which would allow us to monitor machine uptime and downtime to give us a complete overview of our machining operations and also bring that data back to a central point.

“These are exciting times for us. The advancement in our manufacturing capability is making our workforce smarter and allowing us to push the boundaries of what we can offer customers. In the future, I think we can expand our capabilities further with Mazak’s support.”