I understand
Home•Case Study: CSM at the...

Case Study: CSM at the forefront of using automation with its laser cutting machines

CSM Sheet Metal has always been at the forefront of using automation with its laser cutting machines and a new fibre laser continues the company’s progress.

Paul King is a man who knows what he wants and, when it came to specifying a new fibre laser, he knew he wanted automation. “I’ve always been a believer in automation, pushing to run machines lights out wherever possible. I don’t understand why more laser users aren’t using it,” says Paul.

Founded in 1978 and inspired by its motto, ‘From Concept to Creation,’ CSM specialises in the design and manufacture of sheet metal into a wide range of commercial and retail products on a subcontract basis. 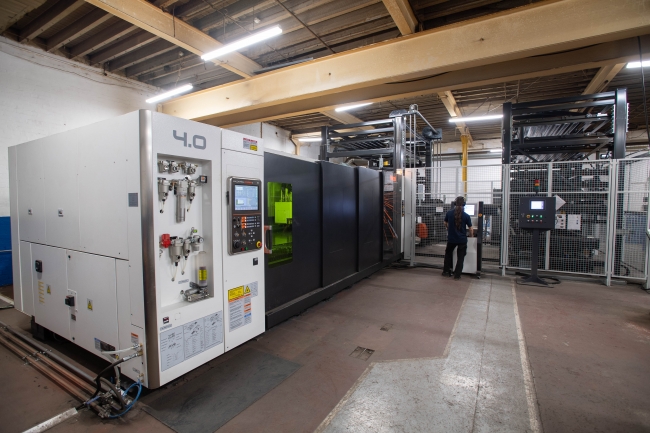 CSM has invested in a new fibre laser cutting machine with loading automation to increase speed and productivity / Picture: Mazak

The company’s capabilities stretch from design and development work through to laser profiling and cutting, MIG, TIG and robotic welding, shot blasting and assembly. Products include clean-room filtration equipment, wood-burning stoves, trailers, and components for brands such as McDonalds, JD Sports, Subaru and Debenhams, all requiring precision cutting and speed to produce. Like many, Paul was a CO2 laser user, but, after 18 years was keen to investigate fibre laser technology.

However, any new solution also had to take into account the logistics of the company’s Swansey Mill layout. “We operate out of a former cotton mill, so it is hard to accommodate a large laser machine because of the type of building with all of the columns that are in the way,” says Paul. “Laser machines lend themselves to big, sprawling factories, so while the easy option is often to buy another machine, the footprint doesn’t always suit the space you’re trying to put it into. So, my first thought was – what fits the space?”

As well as being appropriately sized and more energy-efficient, any prospective system needed to exceed the automation capacity of the previous installation. “Our previous laser had automation and that had been successful, so I was interested in any new automation system that offered multi-cassette capacity.”

Requiring a solution that would meet CSM’s footprint, technology and capacity demands, Paul contacted Yamazaki Mazak to see what they could offer. Mazak suggested an OPTIPLEX NEXUS 3015 Fiber 4kW laser machine with bespoke 10-shelf automation towers. “What really won me over was that Mazak’s technical team was very accommodating, providing constant dialogue and feedback whilst configuring the system’s layout,” Paul continues. “They were able to make it fit my space and, more than anything, they didn’t compromise the efficiencies I was getting with the existing machines.” 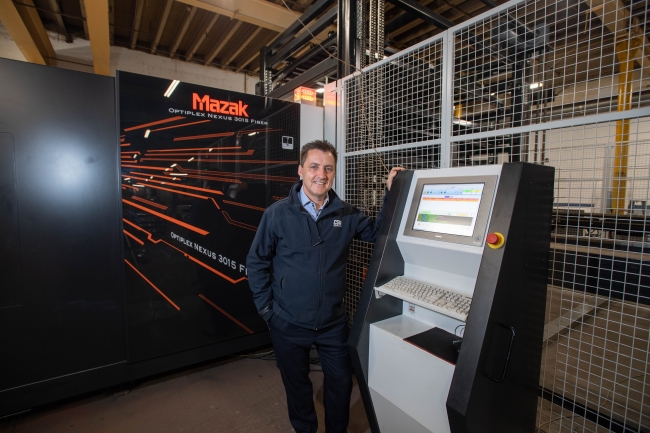 Paul has been particularly impressed by the speed and power of the OPTIPLEX NEXUS Fiber, from the very start of the project all the way to post-installation. “Before I chose the OPTIPLEX NEXUS, Mazak showed me some time studies on a given set of components,” he explains. “Right then, I realised that, despite being the same power, the fibre laser was running twice as quick as my CO2 machine, and nearly seven times quicker than my other, older laser. Everything up to 4mm is now being processed on the Mazak because of its efficiency, but we are, on occasion, even cutting thicker material up to 12mm.”

Complementing the speed and power of the OPTIPLEX NEXUS is the new multi-cassette system, which has transformed CSM’s automation capability. “I would load up my previous machine on a Friday afternoon with a big stack of 5mm and 6mm material and it would still be running Monday morning, but with the replacement technology the capacity is less than a day,” says Paul. “The automation has given us an incredible capacity, and the machine seems to crunch through any amount of work. I can’t physically feed it enough.” 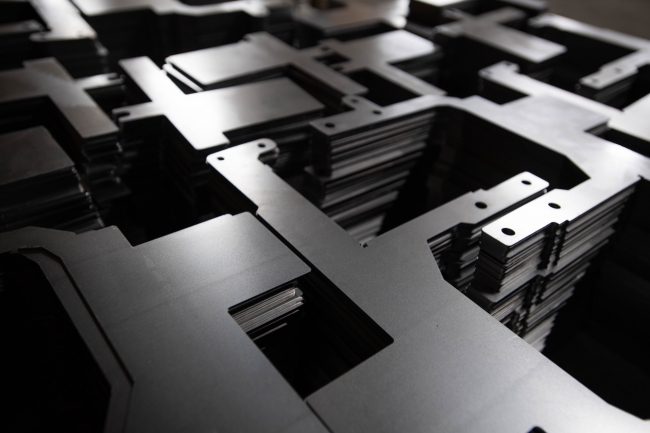 CSM specialises in the design and manufacture of sheet metal into a wide range of commercial and retail products on a subcontract basis / Picture: Mazak

The new fibre technology laser system has also helped CSM reduce its overall energy consumption, and has provided further operational benefits for the company. “From a profitability point of view, we need to be looking at both ends of the process – both the cutting and the energy consumed. With that in mind, we’ve seen that the Mazak uses roughly half the electricity of the current CO2 machine, for the same amount of power. We’re also running reduced maintenance bills, mainly due to the fact that it doesn’t have mirrors that need replacing and cleaning, which also impacts on our machine uptime.”

This combination of improved speed, power and efficiency provided by Mazak is helping CSM move forward and expand. Indeed, with the company now shipping products as far as Oman, Malaysia and Argentina, along with its traditional UK market, CSM’s new laser and automation solution is crucial to the company’s future plans.

“I’ve always said to the workforce that technology and automation has never made anybody redundant in CSM – the business has continued to grow in numbers and those people have remained and been redeployed in higher value roles,” concludes Paul. “We’ve nearly 100,000 sq. ft to grow into at Swansey Mill, and we’re continuously growing commercially too – we’ve set ourselves a target to get to £6 million revenue, and the new OPTIPLEX NEXUS will be vital in helping us achieve this.”