Nottinghamshire-based manufacturer Sanglier is exploiting the powers of SYSPRO ERP to gain greater insight into processes and performance as it enters the next stage of growth. The company is the UKs largest independently owned manufacturer and filler of sprayable industrial adhesives, lubricants and paints. Its centralised SYSPRO system is allowing the company’s senior management team to track sales far more effectively, access a greater range of business information and spot trends to help respond to an ever-changing marketplace. 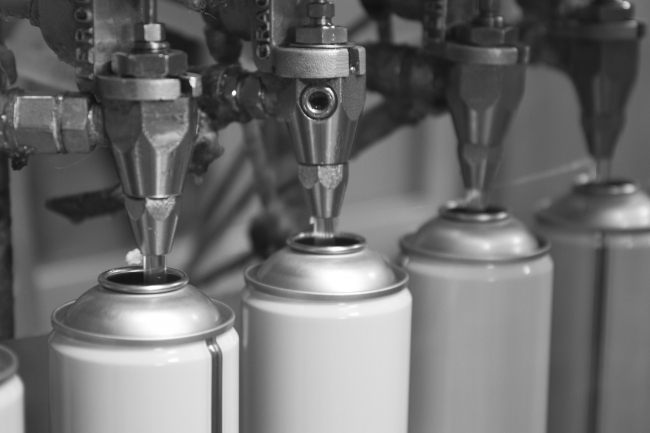 Sanglier is gaining greater insight into its processes and performance after investing in SYSPRO ERP / Picture: Sanglier/K3

Supplying to six global industry sectors, Sanglier has built an extensive portfolio of brand-leading aerosol, canned and plastic bottled products. It has developed a strong record for meeting customer requirements which is reflected in Sanglier’s recent financial performance. Since 2012, the business has been growing by 5 to 10% a year and that continues to accelerate.

Sanglier’s Managing Director, Nigel Davies, says: “In 2018 our turnover was £15.8m and that’s increased to £18m. Our goal is to hit £25m and that relies on having a system which allows us to scale up.”

Sanglier’s legacy system failed to meet the needs of the business. Its original accounting product couldn’t cope with the demands made of it. It could no longer process the number of records required and would frequently crash. Its data handling was unreliable and accessing key information took considerable time and effort.

It was also very difficult to track jobs and resources. The system would tell the team there were enough raw materials to manufacture a product only for them to discover that they were located at a different site. “It was hugely frustrating”, says Nigel.

Once Sanglier recognised it needed a more effective and robust system, it embarked on a competitive tendering process to identify an ERP provider. In 2017, the company appointed K3 Business Technologies to implement SYSPRO.

Nigel added: “The SYSPRO solution was both flexible and reasonably priced. Some of the other solutions were less adaptable. Every installation is unique and rather than simply telling us what we were going to get, K3 asked what we needed it to do. That makes all the difference.”

The new system went live in March 2018 and has transformed the way Sanglier does business. “For me, the biggest benefits are insight and visibility”, says Nigel. “I can now access key sales trends. SYSPRO categorises and breaks down activity far better than the old system. I can now easily access information rather than relying on a manual investigation.”

“The system can produce a report to show me how we’re performing in different markets and what’s happening with specific product or customer groups. I can come in and quickly determine what orders were placed that day, or what’s due to be shipped in the next month. It’s now far easier to set up the parameters I need to understand my business.” 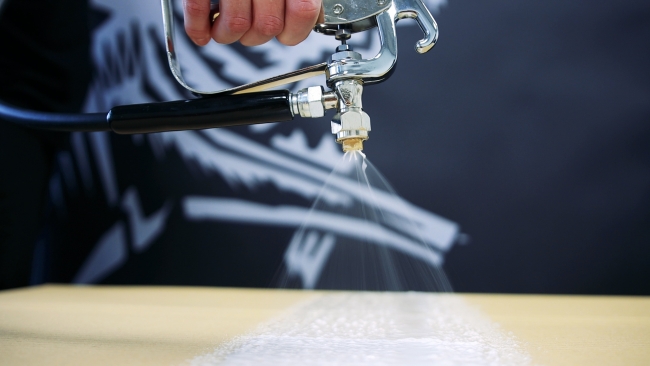 Sanglier wanted to replace an inadequate legacy system with one which could provide greater insight into operations and scale up as the business continues to grow / Picture: Sanglier/K3

Thanks to the functionality of SYSPRO, Sanglier can now reap the benefits of greater traceability. Nigel and his team can now trace exactly what comes in and out of the factory and when and how different products were made. “If we need to change something in a certain batch, we have a complete trail of what we’ve done”, says Nigel. “It tells us which components we used and which version you’re looking at. We could never have done that previously.”

In addition, Sanglier can use SYSPRO to quickly compile data needed for compliance documents. “You can select as many data fields as you like”, says Nigel. “That will prove particularly useful when it comes to post-Brexit trade.”

The SYSPRO system is also helping Sanglier comply with new regulations from HMRC. At the start of the year, the business began using K3’s Making Tax Digital app which links in with the SYSPRO system to file digital VAT returns.

Being able to access a greater range of data at the click of a button is helping Sanglier scale up its operations and reap the benefits of automation. By using DataSwitch, the business can ensure its teams work collaboratively and that information flows seamlessly between its four different sites. The purpose-built system integration and data manipulation tool has had a major impact on the business. It standardizes the flow of information between unconnected software systems.

“We’ve got far better insight into what is happening across the operation and that is critical for future planning. Businesses are going through a very tough time with Brexit and now challenges around coronavirus. It’s massively important to be able to monitor work and use reliable information for informed decision making.”

Sanglier now has around 20 staff using its ERP system and in the near future is considering further enhancing its capabilities with an upgrade to the latest version of SYSPRO.